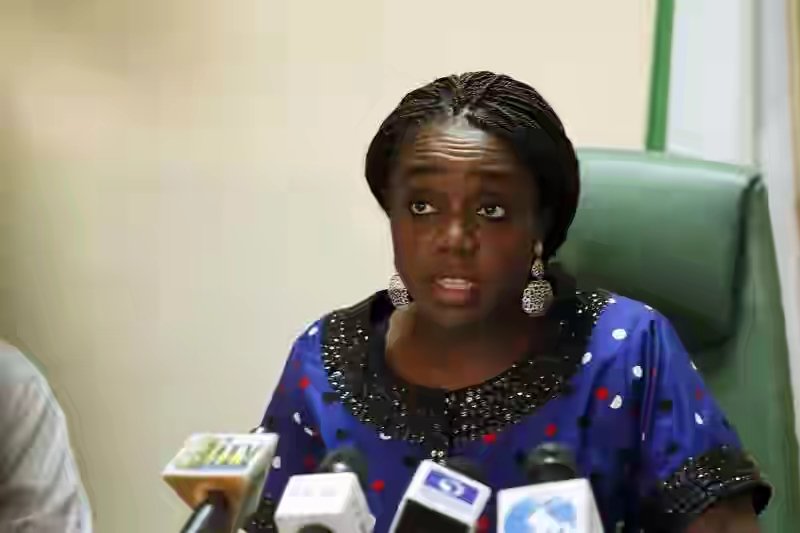 Finance Minister, Kemi Adeosun has stated that she would not be intimidated by reactions trailing the suspension of Director General of the Securities and Exchange Commission (SEC), Mounir Gwarzo.

In a statement signed by her spokesman, Oluyinka Akntunde, Adeosun insisted that the decision to suspend Gwarzo was in order.

Mr. Gwarzo had alleged that his suspension was due to “his refusal to stop the forensic audit of Oando Plc.

“The Minister would not have ordinarily responded in view of her responsibility for the approval of the Constitution and Terms of Reference for the Administrative Panel of Inquiry into the allegations against Mr. Gwarzo. However, given the degree of speculations and the potential impact on the capital market, there is a need for the Minister to set the record straight as follows:

“The integrity of the capital market is vital to the growth of the Nigerian economy and must be managed in an orderly and transparent manner to ensure investors’ confidence. Its leadership must maintain and be seen to maintain the highest standards of integrity.

“That the original decision taken by SEC on October 20, 2017 to suspend the shares of Oando Plc and conduct a forensic audit, was approved and endorsed by the Federal Ministry of Finance. The SEC team, led by Mr. Mounir presented adequate evidence to the Minister of Finance and her team, that Oando Plc had a clear case to answer with regard to infractions of the ISA.

“No contrary evidence has been presented and thus, the investigative work on Oando and all other ongoing investigations being undertaken by SEC in the discharge of its statutory functions have continued. Indeed, our information is that the forensic auditors have resumed at Oando.

“For the avoidance of doubt, there was no directive whatsoever to discontinue investigation into Oando and this was reiterated to the current SEC leadership at the formal handover meeting. The fact that the investigation has continued further corroborates that this is the Minister’s position.

“The Federal Ministry of Finance would like to place on record that Gwarzo’s suspension is in line with the Public Service Rules (PSRs), to allow for an unhindered investigation of serious allegations of financial impropriety against him. Some of the allegations with documented evidence include the awards of contracts to companies related to him and members of his family.

“It should be noted that Gwarzo was queried by the Ministry on 3rd November and he responded on 7th November,2017. His response to the query was deemed unsatisfactory and further investigation was ordered.

“Based on the evidence from that further work and creditable reports that documents were being unlawfully removed from SEC, as well as consultations with the Economic and Financial Crimes Commission (EFCC), the decision was taken to suspend Mr. Gwarzo.

“At the meeting on Monday, 27th November 27, Mr. Gwarzo was asked to clarify some of his responses to the query issued, which were not consistent with documentary evidence. From that interaction, Mr. Gwarzo became aware of the strong likelihood of his suspension. It was thereafter that Mr. Gwarzo prepared the memo, which has been circulated in the media.

“It is instructive to note that Mr. Gwarzo personally delivered the memo using SEC staff seconded to the office of the Minister, in breach of normal procedures for the receipt of mail.

“The copy of the memo in the possession of the Minister was delivered with a message that any action against Mr. Gwarzo would result in same being leaked to the press. It was this threat of blackmail that strengthened the resolve of the Minister to suspend Mr. Gwarzo and allow the Administrative Panel of Inquiry to proceed with its probe.

“The Minister restates that the insinuation of an instruction to discontinue with the Oando case is false and this can be corroborated by the other parties at that meeting and by subsequent events,” it read.