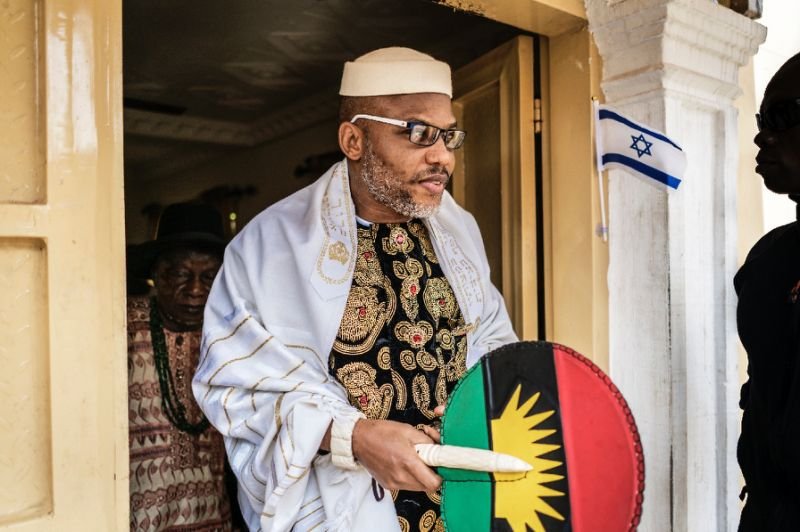 Family of the leader of the Indigenous People of Biafra, IPOB, Nnamdi Kanu, has once more urged the Nigerian Army to return the property its personnel allegedly carted away from their home at Afaraukwu, Umuahia, Abia State.

Soldiers, under the Operation Python Dance II, on September 14 and October 8, raided the home of the IPOB leader.‎

The family listed television sets, generating sets and two boxes filled with wrapper, belonging to the matriarch of the family, to include items carted away by the army.

The army and police spokespersons had, however, denied the allegation.

Nnamdi Kanu’s family on Thursday maintained their ground that the invading soldiers and policemen carted away their personal belongings and demanded they be returned.

Speaking on behalf of the family, Prince Emmanuel Kanu, Nnamdi Kanu’s younger brother told Sun that what was disturbing the family most was the boxes of wrapper belonging to their mother, which the soldiers made away with.

He said, “We have said this before and we will keep talking about it, of all that the soldiers and policemen took away when they invaded our home, the ones we are worried about most are the two boxes of wrapper belonging to our mother.

“What are they going to do with the old woman’s boxes of wrapper? If they do not return them together with other items they made away with, they must surely face God’s wrath.”

Kanu further claimed that apart from their mother’s belongings, the soldiers also desecrated their father’s palace by ransacking and taking every available thing that represents Igbo culture.

“What the army did is barbaric and despicable; taking our old parents’ belongings was the height of callousness, and we call on them to return those items without further delay or they will face the wrath of Chukwuokike Abiama,”‎ he said.