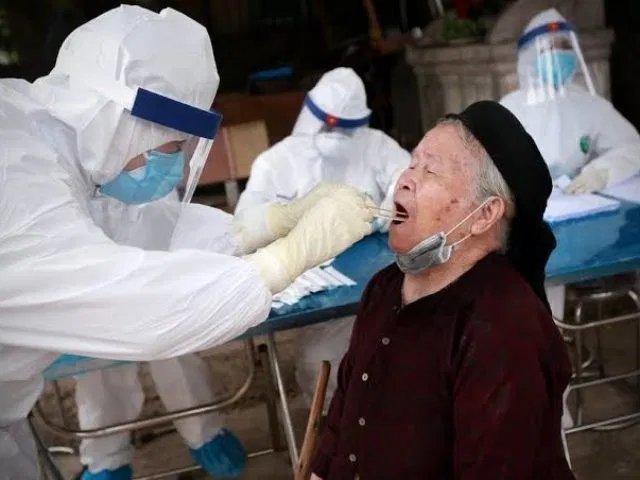 Beijing carried out mass testing for the coronavirus on Sunday after a new outbreak in the city that prompted travel warnings across the country amid fears of a resurgence of the disease.

The deadly contagion had been brought largely under control in China through strict lockdowns that were imposed early this year but have since been lifted.

But a fresh cluster linked to a wholesale food market in the capital has sparked widespread alarm and raised the spectre of a return to painful restrictions.

The National Health Commission (NHC) reported 57 new infections on Sunday, of which 36 were local transmissions in Beijing, all linked to the Xinfadi market.

Another two domestic infections were in northeastern Liaoning province and were close contacts of the Beijing cases.

The 19 other infections were among Chinese nationals returning from abroad.

Liaoning was among several provinces to advise residents against travelling to Beijing due to the new outbreak — along with cities such as nearby Tianjin and several in Hebei province, which surrounds Beijing.

Some local authorities said people entering from Beijing would have to quarantine, state media reported.

In the capital, lockdowns have been imposed on a very small part of the city that includes 11 residential estates near the market which supplies most of the city’s fresh produce.

Officials said Sunday they planned to carry out virus tests on 46,000 residents in the area surrounding the market and had set up 24 testing stations.

Everyone who works at Xinfadi also has to undergo testing.

So far 10,881 people have been tested in the area with another eight cases diagnosed on Sunday. They were not included in the NHC’s tally earlier in the day that covered the previous 24 hours.

“I went to Xinfadi market so I want to confirm that I am not infected,” a 32-year-old woman surnamed Guo told AFP as she queued in scorching heat at a stadium waiting for a virus test.

“We were told that after the tests… if it is positive, we will be taken directly to the hospital.”

Lockdowns and closures
One of Sunday’s new cases was a 56-year-old man who works as an airport bus driver and had visited the Xinfadi market in early June before later falling ill, state-run People’s Daily reported.