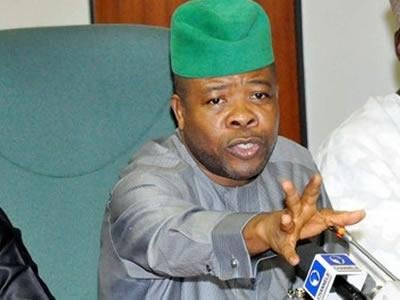 As reactions continue to greet the creation of Ministry of Happiness and Fulfillment by Governor Rochas Okorocha and the subsequent appointment of his sister, Mrs. Ogechi Ololo as the head, prominent indigenes of Imo State have come hard on the governor for his ‘strange decision.’

Reacting to the development while speaking with newsmen in Abuja on Wednesday, the immediate past Governor of the State, Chief Ikedi Ohakim, described the creation as an “abomination.”

His words, “This is a sort of abomination. How can this man continue to insult the sensibilities of Imo citizens? Whose happiness are they looking for when salaries and pensions are not paid? Are we looking for the happiness of the Okorocha family and friends?

“I have not heard about such a ministry anywhere in the world, before. It is not in Britain that gave us independence. It is not in the United States of America, whose democratic system we copied. It is not in Canada. It is nowhere in West Africa.

“I have searched through the internet and I am still searching to see where it was practised and couldn’t find any. Honestly, this is a bizarre creation and I won’t be surprised to see the Governor’s aides struggling to defend this indefensible act.

“Deliverance is what Okorocha needs for his rescue mission. Someone somewhere is mentally challenged. We pray for help before more than one runs amok.”

Also reacting, a former Deputy Speaker, House of Representatives, Chief Emeka Ihedioha, in a terse statement said he was completely tired of talking about Governor Okorocha.

“Honestly, I am completely tired of talking about this man and his style of administration. You can be sure that before we finish talking about the creation of Ministry of Happiness, he will come with a more bizarre thing”, Ihedioha said.