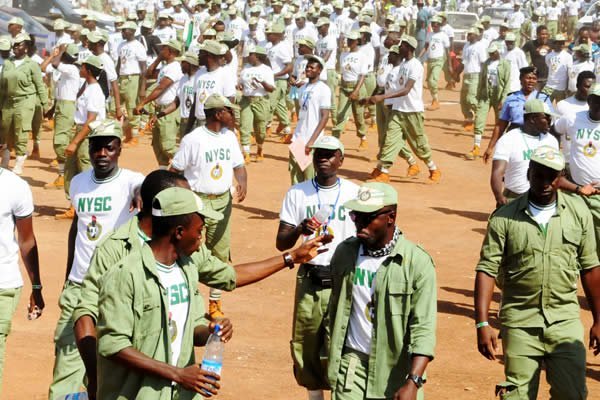 NYSC reacts to clash between soldiers, corps members in Kano

The National Youth Service Corps, NYSC, in Kano, has reacted to the reported clash between soldiers and some corps members in the orientation camp at Karaye Local Government Area of the state.

Report emerged on the social media late last week that soldiers and some corps members clashed in the NYSC camp in Kano.

In a statement by the NYSC public relations officer, Aliyu Ahmed, which was made available to newsmen on Sunday, the scheme denied the report.

The statement said, “The attention of the Management of the NYSC has been drawn to news reports of skirmishes between a group of Corps members and the Camp Commandant, Capt. Anyaegbunan during the ongoing 2017 Batch ‘B’ Orientation Course at Karaye.

“We wish to state for the records that the face-off started as a result of actions taken by a group of Corps members in solidarity with their colleagues who were being punished while loitering within the Camp Premises as social activity was going on.

“The chanting of solidarity songs by the Corps members was an effort to get the erring Corps member released from the Camp Commandant which later ignited a rowdy session.”

According to the scheme the situation was immediately brought under control after the commandant addressed the Corps members on the issue.