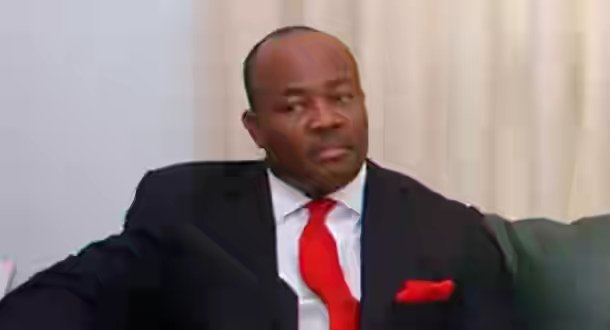 Ahead of the National Convention of the Peoples Democratic Party (PDP), members of the National Assembly caucus of the party reportedly exchanged blows at the residence of a former Governor of Akwa Ibom State, Chief Godswill Akpabio, over the choice of the next national chairman of the party.

Akpabio, who is the Minority Leader in the Senate convened a session at his residence in Asokoro District, Abuja Thursday night on how to ensure a free and fair convention.

The session was attended by Deputy Senate President, Ike Ekweremadu, Chairmanship aspirant, Uche Secondus amongst others.

A source who was at the meeting told The Nation that the discussion on chairmanship aspirants had barely started when an argument ensued leading to blows.

He said “The Senate Minority Leader convened the session in his house to enable us interact with all the aspirants on their programmes and form our opinion on who to vote for.

“We were barely settling down for the session when some members of the House of Representatives raised issues concerning some aspirants for the office of the National Chairman and others disagreed.

“The development led to shouting match and fisticuffs among some Senators and members of the House of Representatives.

“The rowdy session was witnessed by the Deputy President of the Senate, Chief Ike Ekweremadu, and some of the aspirants in attendance, including a leading candidate, Prince Uche Secondus.”‎

Another source who pleaded anonymity said: “The meeting ended abruptly when some lawmakers started exchanging blows over who should lead the party.

“I think the clash was a carry-over of some political misunderstanding among some members of the National Assembly in some states over the choice of chairman for PDP. But we all bore the brunt of the fisticuffs.”

A member of the House of Representatives, who was hit at the session, said: “I think some of our colleagues at the session were just being overzealous by taking sides. They misread the intent of what we were to do.

“The assumption was that the session was meant to adopt a candidate for the Office of National Chairman of PDP.”

Akpabio’s spokesman, Mr. Jackson Udom,when contacted on the issue said he does not speak on political matters.

“Why can’t you get in touch with the Senate Minority Leader himself? I do not speak on party matters,” he said