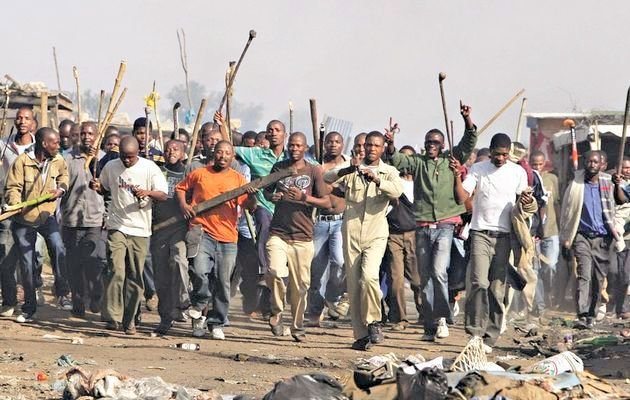 No fewer than one person was reportedly killed on Monday when two warring cult groups clashed at Oke-Ado are of Ibadan, the Oyo State capital.

The incident which started Sunday night, according to a source who begged not to be mentioned, also left many residents injured.

The source informed DAILY POST that the deceased whose name was given as Tunde, was shot dead during the fracas.

Police Public Relations Officer, Adekunle Ajisebutu who confirmed the incident to journalists, however, disclosed that the police had returned normalcy to the area.

He said “The fight began at a social function between the two cult groups on Sunday and continued on Monday. Tunde, who was shot dead, was a member of Ladega family in the city. His body was on the Oke-Ado road for several hours. Peace in the entire Oke-Ado community was disturbed with residents moving out.

“Shop owners in Oke-Ade market hurried to close their shops for fear of being caught up in the clash and for fear of having their shops looted by the hoodlums. They used guns, machete and other dangerous weapons in the fight. It has become a usual occurrence in the area. Many vehicles and motorcycles were destroyed in the fight,” said the eyewitness who simply identified himself as Lateef.‎