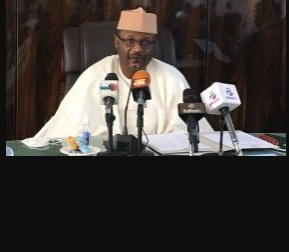 Key electoral stakeholders including the Independent National Electoral Commission (INEC) and the Inter-Party Advisory Council (IPAC) have condemned the glaring lack of internal democracy in political parties in Nigeria.

This is as they stressed the need for political parties to embrace inclusive politics in order to strengthen policymaking and sustainable democracy in the country.

The stakeholders spoke at a workshop on political parties reform organised by INEC’s Election and Party Monitoring Department in conjunction with the Westminster Foundation for Democracy (WFD).

Head, Department of EPM, INEC, Aminu Idris, regretted that most political parties do not carry their members along, which according to him, impedes accountability, citizens’ participation and growth.

“If you run a party and you don’t allow members to participate then the political party cannot grow. Political parties need to play the role they ought to play which includes enhancing democracy to make it sustainable and to be seen as a tool of governance.”

Idris said the Commission would continue to ensure that parties adhere to their internal constitution, the Electoral Act and the Constitution of the country.

National Chairman of (IPAC), Leonard Nzenwa, observed that there has been a reoccurring assault on the sanctity of democratic principles, practices and culture in almost all democracies in the world.

He said the body would continue to work to make political parties healthier, inclusive and more accountable.

“Working to strengthen democracy around the world has never faced challenges like we are currently having now from China to India, Russia to the United States, the Democratic Republic of Congo to Sudan, and elsewhere.

“The United States, which is the bastion of global democracy, had the symbol of its democracy, Capitol Hill, thoroughly desecrated last month,” he said.

The Country Representative of the WFD, Adebowale Olorunmola, called on political parties to promote the participation of under-represented groups, including youths, women and persons with disabilities in the process of decision-making.