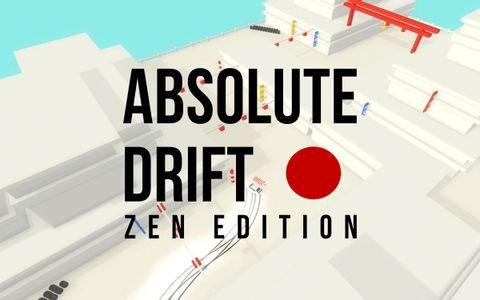 The game takes the high-octane, heart-racing action of automobile drifting and turns it into a meditative yet challenging minimalist experience. The result is an enjoyable experience that takes advantage of the Switch’s mobility that will entice fans of arcade challenges as much as racers.

Drifting, the act of intentionally oversteering to slide through a corner, is a technique synonymous with Japanese auto-racing, popularized by media franchises such as Initial D and Fast & Furious, the latter focusing on drifting for one of the most important films in the series. The influence of Japan is not lost on the developers, with tracks named after Japanese cities and the default car modeled after Initial D’s 1983 Toyota. Landing on a Nintendo console was a no-brainer for a game that is a dedicated tribute to drifting – although the Nintendo Switch has had problems with drifting in recent years.

Absolute Drift’s visuals and gameplay are a great match for the console. The minimalist, isometric graphics are no problem for the hardware, and the action is never intense enough to trouble the framerate. More important is how well-suited the gameplay is to the Switch’s handheld mode. Drifting is simple yet challenging, and the game provides modes fit for a quick distraction while an Animal Crossing update downloads or better-suited to hours spent perfecting every challenge on a single track. The only downside to the console are the Joy-Con’s flimsy thumbsticks, which make precise turning more difficult in an already difficult game. Those with a Pro Controller will have more success avoiding the walls and racking up combos.

While drifting is an important component of many racing games, Absolute Drift feels less like a racing game and more like an arcade score attack. Missions require the player to think about where they can chain drifts together to keep a combo going, how to achieve the longest drift, and how to plan their route to get close to obstacles like poles or specific paths that provide bonus points. Concentrating on these specific goals over being the fastest or coming in first is a different challenge to those expecting a minimalist take on Dirt or Gran Turismo. Without the pressure of a race, Absolute Drift focuses on focusing; it’s a great way to clear one’s mind as the task of navigating the steering and throttle demands complete attention. This Zen attitude is furthered by the game’s score of low-key electronic instrumentals instead of the high-intensity Eurobeat normally associated with drifting.

While it took a long time to reach Nintendo’s hybrid console, Absolute Drift’s gameplay is a great fit and great value for those looking for a new challenge on their Switch. It’s playable in short or long bursts and is simultaneously relaxing or challenging. While those looking for an in-depth racing experience are better off waiting for Gran Turismo 7, Absolute Drift: Zen Edition is a great minimalist experience available for good value.