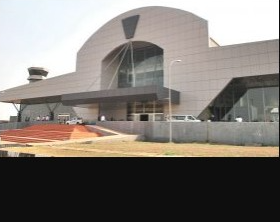 A little discretion and transparent shift of the ‘liability’ in aviation to private operators can yield optimal use and maximum returns. Stakeholders reckon that the landmark concession of Asaba International Airport is a breath of fresh air and a model for other states. WOLE OYEBADE reports.

Nigeria has a rare record in airport infrastructure on the African continent with almost all the 36 States having at least an airport in its domain. And should availability translate to viability, the country with over 200 million people and 26 airports should rank among the busiest airspaces in the world.

Aviation stakeholders are unanimous that an airport is only as viable as the level of strategic investment it receives and the passenger traffic attracted to it through efficient services. Except for the trio of Lagos, Abuja and Port Harcourt airports that account for 75 per cent of annual traffic, none of the other airports nationwide has received investment or management of international standard, for full traffic utilisation and profit returns.

Federal Airports Authority of Nigeria (FAAN) currently owns and manages 22 airports on behalf of the Federal Government. Some of the airports, erstwhile built and operated by states, had been inherited from successive state governments that no longer see the economic sense of running the ‘drainpipe’ that cost so much to operate yet earn little or nothing.

Minister of Aviation, Hadi Sirika, at the Year 2021 budget defence before the Senate Committee on Aviation, had hinted that the Federal Government, through FAAN, was also in the process of taking over airports at Kebbi, Osubi, Dutse and Jigawa airports. “Gombe State Government had also written to the federal authorities, asking it to take over the Gombe Airport,” Sirika said.

But for Osubi Airport, in Delta State, which is a private-owned facility, all others were built and operated from state resources.

Indeed, it costs an arm and a leg to manage an airport facility and operate it profitably. The Guardian recently reported that except the trio of the Murtala Muhammed International Airport (MMIA), Lagos; Nnamdi Azikiwe International Airport (NAIA), Abuja; and Port Harcourt International Airport (PHIA), Omagwa, Rivers State, none of the other airports has sufficient revenue to cover the cost of operations. Cumulatively, the unviable airports cost FAAN at least N44.39 billion loss for keeping them in operations between 2017 and 2019.

But in place of a hurried giveaway of State-owned assets, Delta State appears to have turned the corner with the concession of Asaba Airport to the private sector – a consortium of investors and aviation professionals, in a landmark partnership deal.

Compared to the Lagos MMA2 terminal that was concessioned to Bi-Courtney, the Delta State government handed over the Asaba Airport to a master concessionaire (FIDC-Menzies Consortium, now incorporated as Asaba Airport Company Limited) and sub-concessionaires of technical partners with a designated area of investment.

Among the sub-concessionaires is Air Peace airline which has the mandate of the anchor airline with the construction and operation of a Maintenance, Repair and Overhaul (MRO) facility at the airport. Multifreight Cargo and Logistics will manage the cargo aspect and its development. Arbico Construction Company will develop the Business Park, Hotel and Convention Centre; Rainoil Limited and Cybernetics Limited are to develop tank farm and aviation fuel supply, while Quorum Aviation Limited will handle private jet and helicopter terminal development.

Recall that Dr. Emmanuel Uduaghan’s administration built the facility that began operations in 2008. The facility was, however, in 2015 downgraded by the Nigerian Civil Aviation Authority (NCAA) over inadequate infrastructure and poor maintenance culture.

Okowa, on the assumption of office, embarked on the facility upgrade, including the construction of a new runway, perimeter fencing, Instrument Landing System and field lighting to have the airport return 24-hour operations in 2019.

At the agreement signing ceremony between the Delta State government and Asaba Airport Company Limited in Asaba recently, the state governor, Dr. Ifeanyi Okowa, said the concession was motivated by the desire to have the critical facility develop to full international air travel destination, and viable.

Okowa said while the upgrading was in progress, the State had since 2015 begun the transparent processes to bring in the private sector to take up the facility and transform it into a self-sustaining economic platform and regional hub in line with the vision establishing it.

“Considering the cost alone, no state government can run an airport the way it should function to bring the maximum benefit to the people. So, we have decided to follow this route. I want the Delta people to know that this concession and the signing ceremony with the concessionaires today are in the best interest of the Delta people, and I hope that other states with state-owned airports will follow suit,” Okowa said.

He said following a rigorous bidding process, the state settled for a consortium of concessionaire operators/ investors “with the technical and financial capabilities to redevelop, finance, design, operate, maintain and manage the Asaba International Airport for the benefit of Delta State”.

“If you can imagine what the Dubai Airport looks like, then you can see what awaits you in Asaba in the next few years,” Adebisi Adebutu, Managing Director of the Asaba Airport Limited, said.

Indeed, the intention is to create strategic business units around the core services that make up an airport operation, turning Asaba into the aviation hub for export and manufactured goods in the region. Among the units are cargo business and the development of the cargo terminal; development of the logistics hub and cargo warehouses, and the operation and management of the tank farm.

Others are the development and management of the business park, hotel and convention centre, an airline operating out of Asaba International Airport as an operational hub and an MRO facility for aircraft maintenance.

The concessionaires have the mandate to invest N28 billion in mandatory capital projects in the next three years and run the Asaba International Airport for an initial 30 years period.

Adebutu said the immediate work would be to modernise the airport through the terminal upgrade and laying of optic fibre for internet services. The long-term project would be to build cargo facilities, retail and leisure centres, airport hotel and the creation of an airport city.

The contract, as ratified by both Delta State Executive Council and State House of Assembly, among others, provides for an initial period of 30 years for the consortium to own, invest and operate the facility. During the period, there shall be no other airport within the Delta North Senatorial District of Delta State.

The concessionaire is under obligation to allow a minimum of 20 per cent quota to Delta indigenes in employment made. The concessionaires shall maintain the development of mandatory capital projects and they shall be completed within three years, effective from the day of the transaction.

The concessionaire is exempted from the payment of some specific tax to the State government for five years to enable it to concentrate on the development of the mandatory capital projects.

The assets and all infrastructures constructed by the concessionaire, together with all related investments in and upgrade to the asset, shall be handed over to the state at the end of the concession period, except there is a further concession.

A model to adopt

Aviation stakeholder, Seyi Akinleye, said Delta State had pulled off “one of the smartest deals ever in the local sector”.

“I see a very good strategy is not giving the airport to one investor, but several investors with proven niche expertise coming in to invest, operate and complement each other. We have never had it like that.

“Besides, the state government did not wake up one morning and call investors to come and take over a nuisance facility. No! The first upgraded it to 24-hour standard, raise its profile and make it attractive to investors. Such thinking is uncommon among our politicians. It is a brilliant concession that was carefully planned to succeed and a win-win for all, including Delta State.”

Apparently, in agreement, an aviation consultant and Chief Executive Officer of Beljune Konzult Limited, Chris Aligbe, said Delta State had been able to achieve what the Federal Government could not do with the concession plan of major airports in the country.

Aligbe was optimistic that Asaba was on its way to housing the best airport in the country, in terms of facility, attraction, ambience and destination.

“The headward and backward integration in terms of economic development that will flow from this development is quite immense. That will be a lesson to other governors, who today spend so much money building airports and then turnaround to hand them over to FAAN. There should be a bandwagon effect from what has happened here in Delta. Then, FAAN will be relieved of the burden of managing what is today called unviable airports. All airports can be viable if you give them to professionals through concession.”

Director-General of the Nigerian Meteorological Agency (NIMET), Prof. Sani Mashi, also commended the initiative, describing it as the best way to make such high-capital ventures run optimally and profitably.

Mashi, who spoke on behalf of other aviation agencies, pledged to support the concessionaires as the airport widens operations and increases revenue.