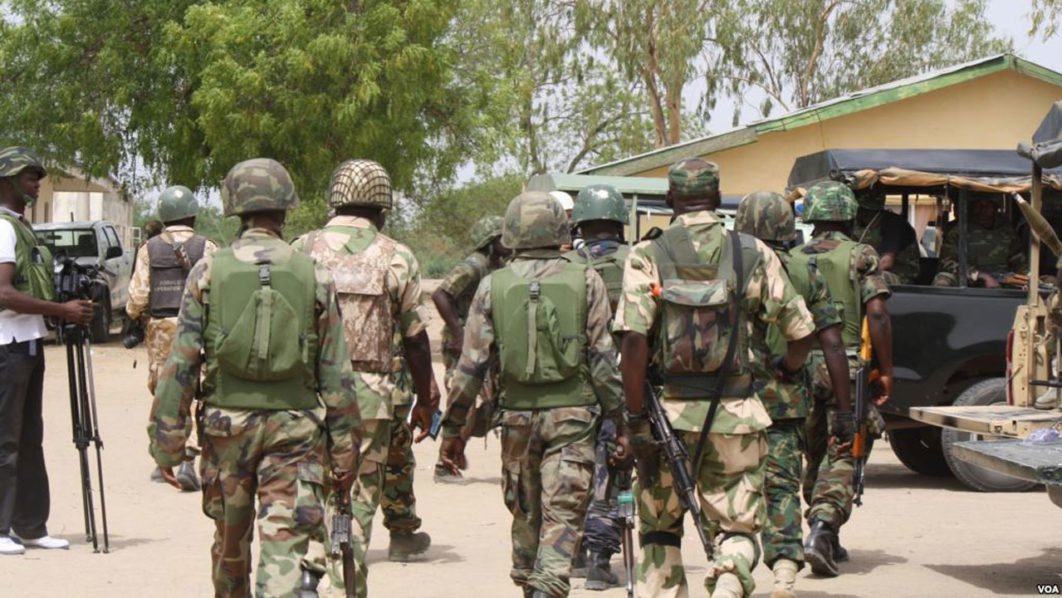 The newly appointed Theater Commander Operation Lafiya Dole, Major General Rogers Nicolas has appealed to the members of the Boko Haram insurgents to lay down their arms and join hands with government and other Nigerians to move the nation forward.

The theater commander made the call on Monday while taking over from his predecessor, Major General Ibrahim Attahiru at the Military Command and Control centre, Maimalari cantonment, Maiduguri.

He said, “We need the support of all people of the north-east and Nigerians, media inclusive to end Boko Haram insurgency in the North-east and country in general. “

General Nicolas said the military needs the cooperation of every Nigerian to effectively deal with the remnant of Boko Haram insurgents within the theater of Operation, adding that the war against insurgency is not only for the military alone.

While thanking President Buhari and the Chief of Army Staff, Lt Gen. Tukur Buratai for the opportunity to serve at the theater, he called on the troops and the media to extend the support he enjoyed to his successor.

He said technically, Boko Haram insurgents have been defeated but only the remnant are still taking refuge in the bush and launching attacks on soft targets. He called on all Nigerians to assist the military with valuable information, so as to finally put an end to insurgency in the North-east and the country at large.