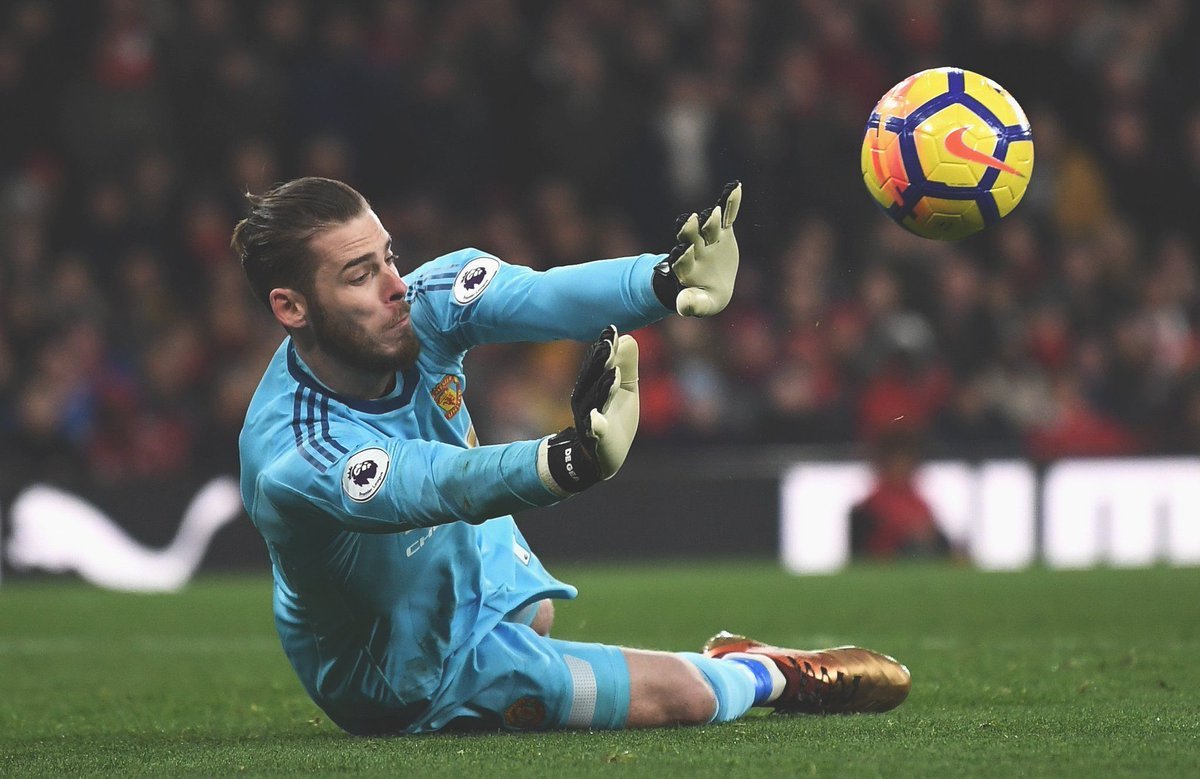 Manchester United goalkeeper, David De Gea, on Saturday matched the record for number of saves in a Premier League game.

De Gea made 14 saves against Arsenal, as they won 3-1 at the Emirates.

He now shares top billing with Tim Krul’s 14 in Newcastle’s 1-0 win at Tottenham in November 2013, as the most saves made by a goalkeeper in Premier League history.

No goalkeeper has made more in a single Premier League fixture in history.

The Spain international, who came close to leaving for Real Madrid some years ago, only conceded Alexandre Lacazette’s goal, after Aaron Ramsey beat the offside trap.

Jesse Lingard (twice) and Antonio Valencia netted for the Red Devils, in what was an entertaining clash.

“I told him after the match that what I saw today was the best goalkeeper in the world,” United manager Jose Mourinho said afterwards.

“Big matches need goalkeepers to be there for you, when the team needs them, but I think [from] all of our players, the effort was magnificent.”