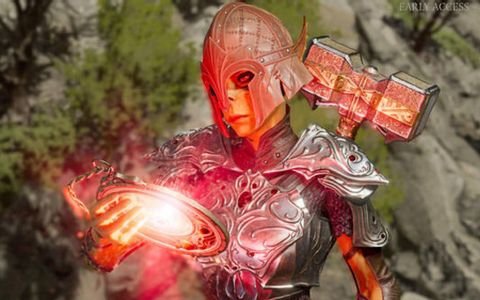 Baldur’s Gate III has many weapon styles to choose from, if a player is looking for blunt weapons, these are the best available in early access.

While Baldur’s Gate III may still only be in the early access version, there are plenty of weapon styles for players to choose from. So why not go for the best ones? There are so many special blunt weapons available to players with interesting stories and flavor text to crank up the immersion.

Each of these special blunt weapons are found spread across the map of early access. Some are in more obvious places, like a merchant’s wares, while others could be hiding within a stool just waiting to be sat on. Either way, there are plenty of ways players can find their perfect weapon amongst the party.

Club of Hill Giant Strength – Found by sitting on the Stool of the Hill Giant and breaking it in the Arcane Tower.

Corellon’s Grace – Can be purchased from Auntie Ethel in the Hollow of the Druid Grove.

Faithbreaker – Can be taken off the body of Dror Ragzlin in the Shattered Sanctum.

Rain Dancer – Can be bought from Arron in the Hollow at the Druid Grove.

Shattered Flail – This can be found on one of the many Gnolls held up in a cave entrance near X:41, Y:620.

Staff of Arcane Blessing – At the very top of the Arcane Tower taking the secret elevator further up using the Sussur flower.

Staff of Crones – Found in the Acrid Workshop.

Xyanyde – Can be taken off the body of Minthara in the library of the Shattered Sanctum.