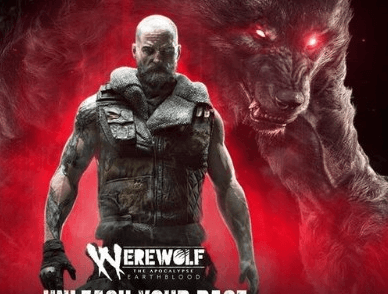 Best Skill to Level in Werewolf: The Apocalypse

Players can either focus on stealth or pure combat ability in Werewolf: The Apocalypse. Here are the best skills to invest in for both trees and why.

Werewolf: The Apocalypse has players harnessing their inner wolf and rampaging on enemies of all sizes. However, the game does draw basic stealth mechanics from other games like Assassin’s Creed and Sucker Punches award-winning game, Ghost of Tsushima. When players aren’t stomping around as the big bad wold, they’re controlling Cahal, the wolf’s human form. Cahal will have to sneak his way past guards if he’s looking to survive. Fan’s of gothic horror films and legends will want to get their hands on this title.

Of course, Cahal can always go full wolf-mode and rip the heads off anything he deems threatening. Ultimately, it is up to the player to decide which path they’d like to follow. Few games allow players to go full blood-thirsty werewolf mode. Werewolf: The Apocalypse is one of them. Players are more than welcome to select the stealth approach, but doesn’t that suck the fun out of it? This guide will focus on Cahal’s two schools of leveling, Tactical and Combat, and the best skill players should get in Werewolf: The Apocalypse.

The Tactical skill tree will govern Cahal’s stealth and ranged combat skills. Compared to the Combat tree, there are significantly fewer skills to choose. However, there are a few that will directly impact Cahal’s wolf form. Players looking to harness the full power of the ‘Stealth-wolf’ will want to invest in the following skills:

The first four perks selected have to do with min/maxing Cahal’s crossbows skills with his Rage gains. Players trying to keep things quiet will be able to use the slowed-time skill to kill an enemy with their crossbow, thus increasing their rage. Chain these kills together will create once incredibly pissed-off werewolf. Cahal’s wolf-form is incredibly strong as it is. These perks are ideal for launching into wolf-form and taking down any remaining enemies with ease once Cahal is inevitably detected OR is forced to expose himself.

The moment players have been waiting for has arrived. Cahal is full wolf-form and ready to disembowel anything that dares cross his path. He’ll rely on his building Rage meter to launch powerful attacks and switch between two entirely different combat stances. Agile stance will have Cahal dishing out rapid attacks to deal with small enemies. He’ll be able to move swiftly around the battlefield and kill weaker enemies one at a time. He can also pick them up and execute them with one fatal attack. The Agile stance is ideal for building quick Rage while in wolf-form. Players looking to harness the power of the Wolf will ant to invest in these skills:

These skills are all about keeping Cahal alive while maximizing his Rage gains. While low on HP, Cahal will generate Rage and Fury much faster. However, as soon as players heal, their other passive buffs will increase their healing rate while also knocking enemies back. This will open the door for swift Agile attacks, which will ultimately build more Rage.

Combat in Werewolf: The Apocalypse work like most other waved-base combat engines. Players will square off against a group of many small enemies and possibly one ‘elite.’ After that wave, more elites will appear but few small enemies. Finally, wave three generally brings a larger enemy out to end the engagement surrounded by smaller enemies. This won’t be considered a mini-boss, but seasoned gamers are familiar with this formula—especially fans of Destiny and Marvel’s Avengers.

Now that players know which perks to obtain out first, let’s talk about how all the above perks will work in tandem. Cahal’s tactical perks are meant to fully build his rage meter before he is forced into wolf-mode. Whenever Cahal is discovered, he will burst out of his clothing and unleash the power of The Crinos, his werewolf alter ego. Being able to engage with remaining enemies will already at max rage will The Crinos a significant edge.

Players looking to invest all of their skill points into pure combat will still want to invest in Release of the Wolf I & II. These extra rage slots will make Cahal deadlier than ever before. They’ll be the deciding factor between winning and losing a mini-boss/boss fight or engaging with multiple waves of enemies.

Players looking to invest all of their skill points into the Tactical tree will still want to grab Cahal’s health regen perks from the combat tree. Stealthy players will be able to kill more enemies before launching into wolf-form. However, parts of the game will force Cahal into open combat. Those playing on harder difficulties will need all the survivability they can get. It’s impossible to dodge every single attack thrown Cahal’s way. Regenerative Metabolism, Wild Strength, and Strength of Will will keep Cahal alive long enough to dispatch the remaining enemies.

Werewolf: The Apocalypse remains in its infancy. As players dive deeper into the game, they’ll undoubtedly discover which combat mechanics and skills fit their playstyle. Until then, players should be investing in Rage gains and Health Regen to min/max survivability with damage output in Werewolf: The Apocalypse.

Werewolf: The Apocalypse is available on PlayStation 5, Xbox Series X|S, PC, and PC