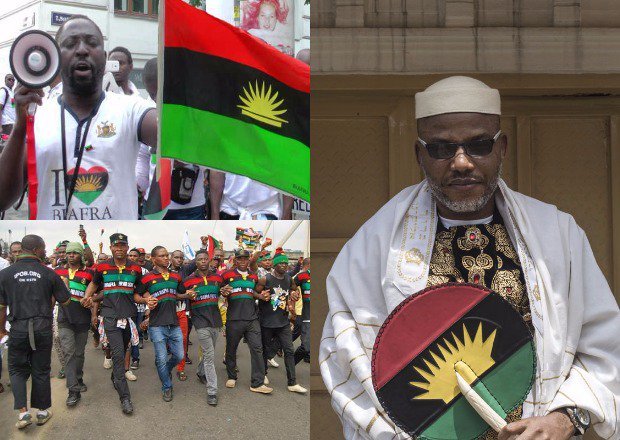 A Federal High Court sitting in Abuja, on Tuesday adjourned the trial of elusive leader of the Indigenous People of Biafra, IPOB, Nnamdi Kanu till February 20, 2018.

The justice Binta Nyako-led court adjourned the mater at the instance of the Federal Government’s counsel, Shaibu Labaran.

Labaran, in a letter to the court prayed for an adjournment because he is currently attending a seminar abroad and to allow those standing sureties for the missing IPOB leader to produce him in court.

The IPOB leader was granted bail on health grounds in April, but had since disappeared after his residence was allegedly invaded by men of the Nigerian Army.

Despite the allegation, the Nigerian Army had severally denied the claim, saying Kanu was not in their custody.