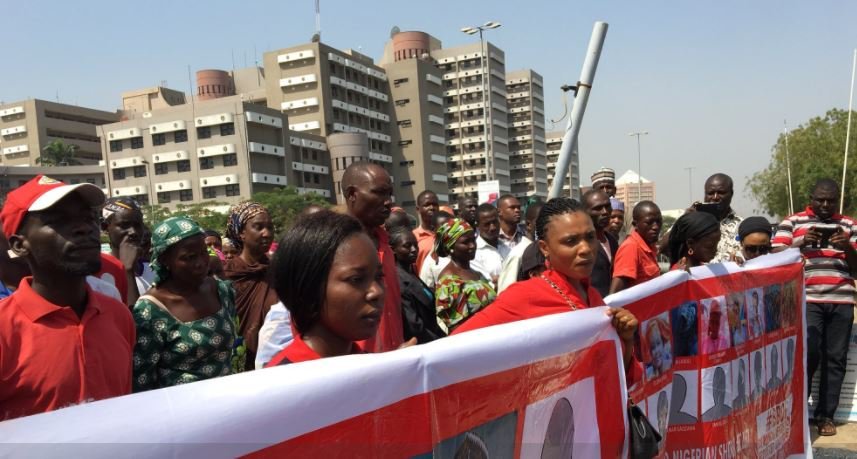 Former Minister of Education, and convener of the ‘Bring Back Our Girls’ BBOG, Professor Oby Ezekwensili has called on President Muhammadu Buhari to ask the Borno State governor, Kashim Shettima to make public what he knows on the Boko Haram saga.

She said Shettima should reveal what he claimed would make heads to roll, noting that this would enable Nigerians know the sincerity of the government on the crisis that had continue to ravage the northeast.

The former Minister spoke, Monday, during a march in Nigeria’s capital, Abuja to mark the 1,336 days since the abduction of over 200 school girls at Government Secondary School in Chibok local government area of Borno State.

According to the former Minister, “Our Movement is not at all amused that key actors that have accountability for safety and rescue of our #ChibokGirls continue to politicize the tragedy three and a half years after it happened.

“It was the politicization of the tragedy that cost the country the swift rescue operation that could have saved our #ChibokGirls immediately after they were abducted.

“The recent blame game between the former President and the Governor of Borno State, strengthens our position that the Government of President Muhammadu Buhari failed a major Transparency Test by refusing to heed our persistent call to publish the 2014 Report of the General Ibrahim Sabo Committee on the Abduction of the #ChibokGirls.

“We must ask these salient questions:

“What was the previous administration of President Goodluck Jonathan hiding that it failed to disclose the Report findings of the Presidential Committee it set up?

“What is the current administration of President Muhammadu Buhari also hiding that it continues with the same shameful secretive stance on the Report?

“At what point shall the Federal Authorities do as our Movement has asked several times in the past and interrogate the Governor of Borno State on some of the previous and latest comments he has made on the Abduction of #ChibokGirls?

“We remind the Federal Government that on 13th May 2014, the Governor of Borno State told our movement when we had a public and well-publicized engagement with him in front of the Borno State Lodge in Asokoro Abuja that, Leadership calls for restraint. ‘If I should speak about those behind Boko Haram, and by extension the abduction heads will roll’.

“And on 19 May 2015, he publicly stated that he knew where our girls were held and even specified a location. Can the Governor now make public all that he knew so that ‘heads will roll’ immediately? Can the President Muhammadu Buhari-led Federal Government interrogate this governor in order to reveal more of what he knows?”