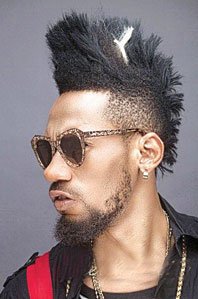 By Luminous Jannamike
For entertainment aficionados in the South-East, Sunday 19th November, 2017 was a fresh experience for them as they stormed the Nnamdi Azikiwe Stadium, Enugu for an evening of breath-taking performances by their very own Phyno, Flavour, Runtown, and Zoro who literally made the entertainment utopia a reality for them during the PhynoFest concert.

Upcoming artists were also not left out as the concert provided them opportunity to share the stage with their more established colleagues and counterparts.

Hosted by ace broadcaster, Olisa Adibua, the 22,000 capacity concert venue was packed with attendance; affirming, as the stuff of legend, Phyno’s cult-like following in the Eastern part of Nigeria.

Seldom, do Nigerian artistes stage individual shows that attract the numbers that Phyno has been able to mobilise to sell-out the Enugu stadium back-to-back.

One of the major highlights of the events was when D’banj helped a female fan who was being assaulted by a section of the crowd at the music festival.

The Kokomaster abruptly stopped his performance and queried: “What nonsense? Which kind barbaric nonsense is that?” when he noticed the sexual assault meted on the female fan.

He asked security at the event to rescue the fan and bring her to the stage for safety. However, that move stirred the ire of the overly enthusiastic crowd as they started throwing plastic bottles on stage but D’banj somehow managed to take control of the show and got the crowd going haywire again.