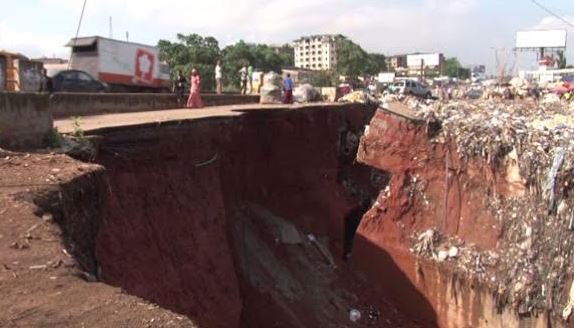 They have, therefore, pleaded with the Federal and Delta State Governments to urgently save them from the impending danger.

In a statement singed by Captain F. A. Adone and Pual Orie, the President and the Publicity Secretary of Ndosimili Development Union, NDU, respectively, the Communities said many displaced indigenes were already migrating to uplands for refuge as a result of the erosion.

The Communities noted that the erosion had debilitating effects on the revenue of farmers whose farm lands had been washed away.

The Communities also complained of boat mishaps along the West Banks of River Niger, Ase Creek and other numerous rivers.

The Ndokwa Union also begged government to look into “cases of rising incidence of boat mishap in the nation’s inland waterways, with caution to boat and ferry operators plying River Niger and other rivers in the area to always use life jackets and obey safety measures while on any voyage.”

They also noted that boats plying from Onitsha down stream River Niger often exceeded their capacity with loads, stressing that this was the major cause of boat mishaps in inland waterways.

They lamented that,” Boat users in our creeks do not use life jackets; this habit makes them vulnerable to any mishap.”

The Union called on the Delta State Government and the management of National Inland Water ways Authority, NIWA to help curb problems of safety on the waterways.

They also decried the pollution of the rivers, lakes as well as destruction of the aquatic lives and vegetation of the area in the most reckless manner allegedly by AGIP, an oil company that has been in Ndokwa East since mid 1950’s through its activities, without providing shoreline protection along the River Niger bank.

The Communities described the oil company as an unfriendly tenant, alleging that it left Okpai and neighbouring communities in agony, watching them being devastated by flood and coastal erosion.