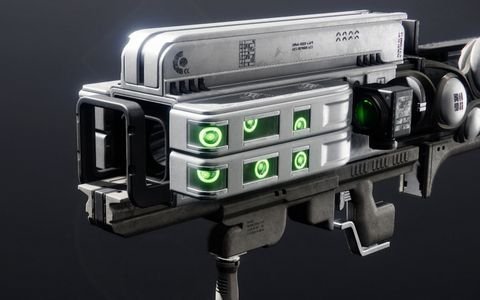 Destiny 2: How to Unlock Eyes of Tomorrow (Exotic Rocket Launcher)

The Eyes of Tomorrow is one of the most powerful rocket launchers in all of Destiny 2. This guide will help players unlock this weapon.

The Eyes of Tomorrow Exotic Rocket Launcher is one of the better weapons in Destiny 2. This guide will show players how they can unlock it. With the recently released Beyond Light expansion, the player has been given tons of new content to get their hands dirty with. This expansion came along with a new raid, a new patrol zone to explore, and new story elements for players to uncover. Although, one of the biggest additions to this expansion is the new weapons. The Eyes of Tomorrow is one of the best rocket launchers to be introduced in the game. Here’s how players can find it.

The Eyes of Tomorrow will be a sought out weapon because it is capable of tracking and firing at multiple targets at once. When aiming, the reticle will indicate the location of enemies and send tracking missiles in their direction. Also, the Eyes of Tomorrow’s ability being Adaptive Ordnance occurs when players eliminate four enemies with one shot. If this happens, the next shot will be given a small damage boost. The Deep Stone Crypt raid is the way that players are going to unlock this weapon. Once the raid is completed, players will be able to find tons of new weapons throughout the expansion. Here’s how players can get their own exotic rocket launcher.

How To Get The Eyes Of Tomorrow In Destiny 2

The player will need to complete the Deep Stone Crypt by defeating the final boss, Taniks the Abomination. After defeating the boss, a chest will appear with the chance to have the Eyes of Tomorrow waiting on the inside. If it doesn’t appear during the first try, players will be given another chance to come back next week and try again. Your best bet for getting the weapon would be to be diligent on the amount of time that has passed since your last raid. Also, come along with friends to complete this challenge to make it easier. Players can unlock these weapons for different characters once a week as well.

As Destiny 2 was a massive title for the last generation, a port will soon release for the PlayStation 5 and Xbox Series X. The enhanced port is scheduled to release on December 8th and will feature substantial upgrades. For starters, the game will run at a solid 60 FPS and 4K, the load times will decrease, and players can play cross-generational. Not only that, but all the DLC purchased on previous hardware will come over to the next generation. This would be a perfect time to jump into the game for old and new fans.

Destiny 2 is available now on PlayStation 4, Xbox One, Google Stadia, and PC.