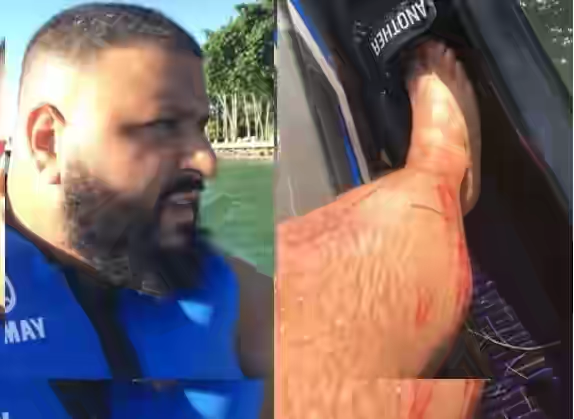 Award-winning record producer, DJ Khaled escapes death after he got into a jet ski accident on Wednesday.

Khaled took to his Instagram page to share a video of injuries he sustained on one of his legs.

According to him, he was on his way to Diddy’s house via his jet ski when he smashed into a floating tree.

The 42-year-old said he wanted to ride over the branches, but got stuck and received painful scratches on his leg.

“I cut myself. The key is don’t panic. This ain’t no joke, team. I ain’t panicking, I just got to figure it out. I am stuck in a tree in the ocean.”