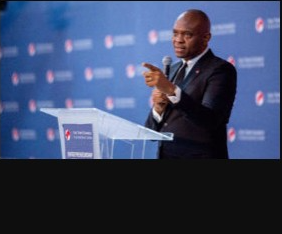 Elumelu calls for investment to tackle poverty in Africa

The Founder of the Tony Elumelu Foundation (TEF), Mr. Tony Elumelu, has called for a framework that would spread prosperity in Africa rather than against the presence of a few billionaires in the continent.

Elumelu made the call when he spoke at ‘World Government Summit Dialogue: Africa’s Future Post 2021’. He said the continent needs massive investments in infrastructure, electricity, digital technology and healthcare to address the challenges in the continent, adding that future Bill Gates could come out of Africa if access to electricity is increased.

He said: “We can see more billionaires. The ones we have are getting stronger, climbing the league table while new ones are coming up. But we need to move the emphasis away from these so-called billionaires.

“We should be talking about how many young Africans will be impacted in the next five to 10 years. Instead of us having a pyramid of few billionaires, I will prefer that we have a large base that has prosperity, happier people and individuals whose basic human needs are met. I think that is what will give us the sustainability and lasting peace that we need in Africa.

Elumelu noted that poverty anywhere is a threat to mankind everywhere and called for support to develop entrepreneurship and small and medium scale enterprises (SMEs) so that the continent could address its challenges.

“Without access to electricity, we cannot digitalise our local economies and communities where most of our people live in. Also, this is significant in terms of informal businesses that drive the African economy,” he said.