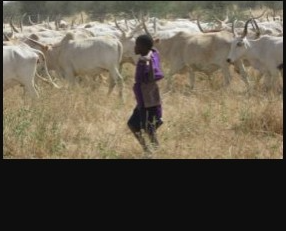 At a time farmers and agro produce merchants in Imeko Afon Local Council Area of Ogun State, and neighbouring communities bordering Benin Republic are gradually coming out of the doldrums of the coronavirus pandemic on farming activities the persistent herders’ onslaught has compounded the problem.

As at the last weekend, no fewer than 10 people were reportedly killed, while scores were injured, farmlands destroyed, food barns burnt and other property smashed.

Currently, tension has enveloped communities like Eggua, Ketu, Igbooro, Iselu, Agbon-Ojodu, Asa, Ibeku, Imeko and Oja-Odan, among others where the rampaging herders have carried out their dastardly act, forcing a good number of farmers to abandon their farms and homes.

On Sunday, February 7, the suspected herdsmen killed a farmer identified as Dele Olowoniyi, in a farm settlement located at Oha village, Imeko. Four days after, two farmers were killed in an ambush on Owode Ketu-Ijoun-Tata road, Owode-Ketu, Yewa-North local council.

On Saturday, February 13, three people were killed and eight others injured in the early morning attack on residents of Orile-Igbooro community, Korole village and part of Oja-Odan town, in Yewa North council area.

Again, on Sunday, February 14, three farmers were killed at Agon-Ojodu in the Yewa-North. This came few hours after a delegation of the state government visited the area. The delegation, led by the Commissioner of Police, Edward Ajogun, visited some places in the troubled areas, including the palace of the Olu of Ilaro, Oba Kehinde Olugbenle, and promised security of lives and property.

It was learnt that communities in the area and beyond are already in a panic mood, as no one knows the next victim, as the displaced herders from Oyo State have allegedly found their way into the area.

No doubt, the development signals a looming famine in the state and beyond as the area is considered basically as an agrarian zone, contributing largely to availability of food in the state.

Based on the reality on ground, scarcity of agro commodities and rise in food prices are bound to be experienced as farmers are fleeing the area and their harvests destroyed.

The head of farmers (Baale Agbe) in Imeko area, Chief Abdulazeez Ismail Abolore, confirmed to The Guardian that the people are really afraid now, because the displaced herders from Oyo State have bombarded the entire communities, adding that the area is becoming a no-go-area.

“They always carry out their onslaughts at night. A lot of farmers have been forced to flee this area, while many will still leave because we are no more safe. This is a serious threat to food production, as the farms are no more safe to go. If we no longer farm, then as an agrarian area, food shortage is imminent.”

Sunday James, one of the farmers in Orile-Igbooro, who was devastated by the level of ruin on the farmlands, said the farmers have recorded colossal losses, as several crops have been destroyed.

“We were forced to flee the communities, especially those of us who reside in the farm settlements. The herders struck when we were preparing for harvest, it is a huge blow on the farmers and a setback to us.”

Another farmer, Azeez Oseni, who resides in Agbon-Ojodu confirmed that the farmers are leaving the community in droves due to the threat posed by presence of the marauding herders.

“What we have witnessed in the last two weeks is enough for us to leave this area. For now, we could no longer go to farms. The blood thirsty herders have taken over the farms. Everyone is afraid because we don’t know when the marauders will strike again.”