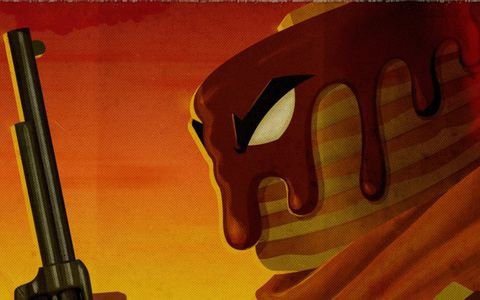 Fortnite: How to Unlock Mancake (Season 5)

Mancake is one of the unlockable skins for the battle pass of season 5. This guide will show players what is required to unlock this skin.

Mancake is a new unique skin featured in Fortnite season 5. This guide will show how players can unlock it. With the Marvel-centric season coming to a close, a whole new story and setting is apparent in this new season. Although, the Disney influence hasn’t gone too far, as players can unlock the skin of the Mandalorian of the popularized Disney+ series. The title is currently airing its second season alongside the release of the next season of Fortnite. While it is only one of the several unlockable and customizable skins in the game, Mancake allows players to dress as a cowboy with a pancake head. Here’s how players can unlock him.

Unlocking skins in Fortnite has always been a driving push for players to log in every day. For subscribers of the battle pass, players will be given weekly challenges that they can complete for the experience. After reaching certain tiers, players can unlock special skins, cosmetics, dances, and V Bucks that they can use to purchase the next battle pass, free of charge. Every week the map will receive minor changes to accommodate for these new challenges but it is important for players to remain consistent to get to the end of the battle pass and unlock everything it has to offer. Mancake is one of the battle pass unlockables available this season. Here’s how players can get this special skin.

How To Unlock Mancake In Fortnite Season 5

Mancake is just one of the several skins available for players to find this season. While the thematic energy isn’t quite the same as the excitement generated from the last season with Marvel’s heroes and villains, the game does do a bit of fan service to keep players satisfied. For example, Tilted Towers from older seasons have made a semi-return this season, as some of the buildings are buried underground. It will satisfy long-time players to come back to one of the most hectic locations in Fortnite history. More developments are sure to occur throughout the remainder of the season.