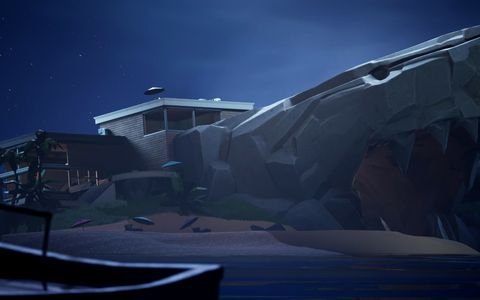 Fortnite: Where to Find Beskar Steel (Deep in the Belly of the Shark)

Players can get the Mandalorian skin in Fortnite Season 5 from the start of the Battle Pass. To upgrade his armor, they will need to complete a quest.

Owners of the Fortnite Season 5 Battle Pass will unlock the highly anticipated Mandalorian skin right away, but they will need to complete quests and grind for XP to unlock all the available cosmetics and variants. With the success of the massive Season 4 crossover between Fortnite and Marvel, it seems Epic Games’ partnership with Disney is far from over. Season 5 also introduces new features like quests for players to complete and a new currency they can use to buy better equipment, weapon upgrades, and even a personal bodyguard NPC. One of the questlines players ought to follow if they want to unlock one of the Mandalorian’s alternative styles is the Beskar questline.

There are eight parts to this quest, with each part rewarding players one piece of the Mandalorian’s Beskar armor. One of the quests players can complete early in the season is finding a Beskar Steel ingot Deep in the Belly of the Shark. By name alone, most Fortnite fans will be able to infer where they can find this piece, but, if not, it is not difficult to locate. Players should have the Mandalorian skin equipped when working on these challenges to ensure they register properly. Here’s how to find the Beskar Steel in the Belly of the Shark in Fortnite Season 5.

As the name of the quest implies, players will need to find The Shark. This is a small island in the far northwest region of the map, just north of Coral Castle. Players will find a rock formation on the island that’s shaped like a shark head.

It is a good idea not to land directly at The Shark. As the season has only just begun, and The Mandalorian is already an extremely popular character and skin, the area is likely to be crowded with opponents. If players land on the island or nearby, they can make sure to pick up a weapon or two, some ammo, and enter the area prepared for anything.

Once the area is clear, players should enter the mouth of The Shark and head to the second floor. There are a few ways to get up there, but by far the easiest will be to gather materials and build stairs or a ramp up. Once on the second floor, they’ll need to find the vault. The door should be ajar, which will allow the player to enter.

Players can find the Beskar Steel ingot on a shelf toward the back of the vault, near the Porta-Potty. Picking it up will unlock the Beskar style for the Mandalorian’s left thigh. They can equip this at any time from their locker. The other quests for the remaining pieces of the Mandalorian’s Beskar armor are:

Players will need to wait until they’ve progressed in the Battle Pass to unlock some of the later steps and complete the armor set.