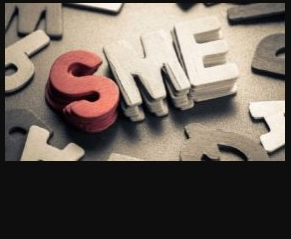 The Federal Government has disbursed N1.13 billion to 11,636 individuals under the MSME survival fund/payroll support scheme in Akwa Ibom state.

Specifically, each individual was paid between N30,000 to N50,000 each while 1,364 individuals are expected to benefit from the second phase of the exercise.

A member of the Stakeholder Engagement section of the Bank of Industry (BoI), Akan Ekure, made this known while speaking with The Guardian in Uyo, during an activation event .

CEO of Born Great Nursery and Primary school, Lateefat Isong Uyo Asada, and Mrs Abigail Akpabio, CEO of Abig Mega Agro as well as other beneficiaries commended the Federal Government for the support which they said really helped durig the Christmas celebrations.

On his part, the South-South Acting Regional Manager Bank of Industry, Pacqueens Irabor, said the government set up N75 billion survival fund to help Nigerians following the impact of COVID 19.

“The Federal Government has set up N75 billion survival fund to help Nigeria following the impact of COVID 19 which shut down our economy for a large number of months in 2020. So many businesses were affected, schools were closed down, the proprietors could not generate the fund to pay staff. Virtually every sector was affected.

“The Federal Government and the administration of President Buhari deemed it fit to respond to this because every government is after making impact at the grassroots and when government begins to focus on the masses we know that governance is working. So this administration has done well in bringing succor to men in the last mile, especially MSMEs out there.

“The government took it upon itself to open a portal where people can register those businesses and list out their staff and that is what you experience here. Since September when the portal was opened, those that successfully registered have been paid, They were paid November, December and January, as guaranteed by the government and they were paid between 30,000 and 50,000 per month for each staff in line with their existing salary structure”, Irabor added.