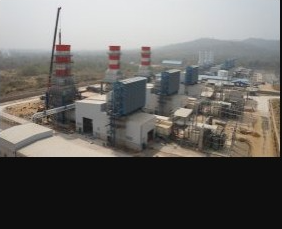 The Federal Government may have got 30 per cent off the total value of Nigeria’s counterpart funding in the Siemen Power Project after intense negotiation before the signing of the pre-engineering phase last week, The Guardian has gathered.

Negotiation appeared to have been stalled for a while with a section of the media speculating that the process was affected by the death of the former Chief of Staff, Abba Kyari.

The Guardian gathered earlier in the week that the Presidential Power Initiative (PPI), all along, was carrying out due diligence and negotiations to ensure value for money.

Though the total cost of the project is unknown, The Guardian was reliably informed that the original cost has been significantly reduced and the scope re-aligned to realise the objectives of the Federal Government.

The award letters were signed last week by Siemens Energy Nigeria and the Federal Government. The Federal Government and Siemens had, in July 2019, signed a Letter of Agreement on the Nigerian Electrification Roadmap (now PPI) after the President and the German Chancellor, Angela Merkel met on August 31, 2018, in Abuja.

The three-phase project seeks to raise the installed capacity to 25,000 MW by 2025 when the third phase of the project would have been completed.

Contrary speculations that Kyari’s passing stalled the process, the delay, it was learnt, was as a result of due diligence on the part of the Nigeria team reviewing the offers made by Siemens.

After renegotiations, Siemens and PPI were able to strike a fair deal, leading to last week’s pre-engineering signing. The first phase of the contract is expected to upgrade transmission and distribution to 7,000 MW while the second phase would raise the capacity energy to 11,000MW while the third phase would increase the capacity to 25,000MW.

The Guardian also gathered that the investment would cater to the distribution and transmission networks to ensure capacity is unlocked for the benefit of electricity consumers.

A source actively involved in the negotiation said the electricity distribution companies (DisCos) knew about the plan since 2018 when the German Chancellor visited Buhari.

DisCos, the Transmission Company of Nigeria (TCN) and the Nigerian Electricity Regulation Commission (NERC) were part of sessions on the project.

The pre-engineering aspect will include engineering design works, specifications for onshore installation, and commissioning works for the transmission and distribution systems, network development studies, power simulation, training and support services.

Speaking with The Guardian, Dr. Oladayo Olakanmi of the Department of Electrical/Electronics, Faculty of Technology, University of Ibadan, said the project was capable of solving some of the endemic challenges facing the power sector and enhancing performance.

“The Federal Government still needs to look into full decentralisation of transmission as against the current centralised system. Conventional centralised electricity generation lacks variability to adjust to our peculiar challenges and comes with a huge loss and low reliability.

“Therefore, the Federal Government should come up with a sustainable policy that allows each state to generate power for its usage. Excess power from any state could be injected into the national grid,” he said.