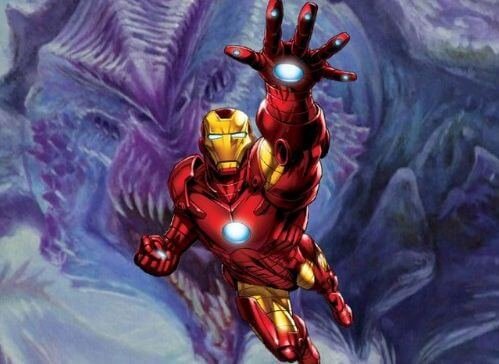 How To Build Iron Man In D&D

It’s easy to imagine some popular superheroes as Dungeons & Dragons characters. Thor could be a Tempest Domain Cleric, Blade could be a Monster Slayer Fighter, and Phoenix could be an Aberrant Mind Sorcerer, to name but a few. As a tech hero, Iron Man would have been low on the list for being easy to replicate as a D&D character, were it not for a new class in Tasha’s Cauldron of Everything.

Iron Man has become one of the most famous superheroes of all time, thanks to his first solo movie kicking off the MCU. What he lacks in superpowers, he makes up for with incredible intelligence, as he’s able to design technological battlesuits that make him the equal of beings like the Hulk. This intelligence brings a certain degree of ego, and it took a long time before Tony Stark to truly take on the mantle of a hero. It’s possible for a D&D player to recreate this type of character, using the options available in the Player’s Handbook and Tasha’s Cauldron of Everything.

How To Build Iron Man In Dungeons & Dragons

The version of Tony Stark that we have created is a human (non-variant) Artificer, who takes on the Armorer subclass at level three. Using the basic stat spread listed on page 13 of the Player’s Handbook and taking his race into consideration, Tony Stark’s starting stats would be STR 11, DEX 13, CON 9, INT 16, WIS 14, and CHA 15. Stark’s skills lie in his intellect and persuasive manner. He would be sicklier than most adventurers, and the suit would be necessary for keeping him alive. As a spellcaster, Stark would be a genius in using magic to enchant objects, and these would be the source of his powers.

In terms of background, Stark would be a Noble, which would explain his wealthy upbringing. The loss of his parents at a young age would have left him free to pursue his magical studies, though the DM isn’t likely to let the player own any massive corporations. In terms of starting Skills, he would have Arcana, Perception, History, and Persuasion. If the variant Feat rules are used, then Stark would benefit from Elemental Adept (Lightning), Heavy Armor Master, Keen Mind, Lucky, Spell Striker, and War Caster. In terms of alignment, Stark easily falls into the Chaotic Good category, or possibly Chaotic Neutral, before experiencing a face-turn early in his career.

Once the player selects the Armorer subclass at level three, then they’ll really be able to emulate Iron Man on the battlefield. They’ll be able to permanently bond a suit of armor to their body and enchant it with infusions, making it extra durable. Over time, they’ll gain access to spells like absorb elements, fly, magic missile, lightning bolt, and water breathing, to further cement the connection. They can even use animate objects and summon constructs to pull an “Iron Man summons all his suits” scene. There is even a Repulsion Shield infusion for their armor that can be used at level 6.

In terms of personality, Stark starts out as self-centered and egotistical. This might make it harder for the other players to connect with them, but the point of the character is to grow over time, which means starting out as a jerk. Besides, Artificers are rare, and few parties can say no to the kinds of abilities they can bring to the table. Tony Stark’s journey is about maturing over time, due to facing hardships and witnessing the horrors of truly evil beings. He might never be Paladin material, but Stark eventually learns the value of others and uses his amazing talents for the betterment of his fellow man, rather than personal interest.