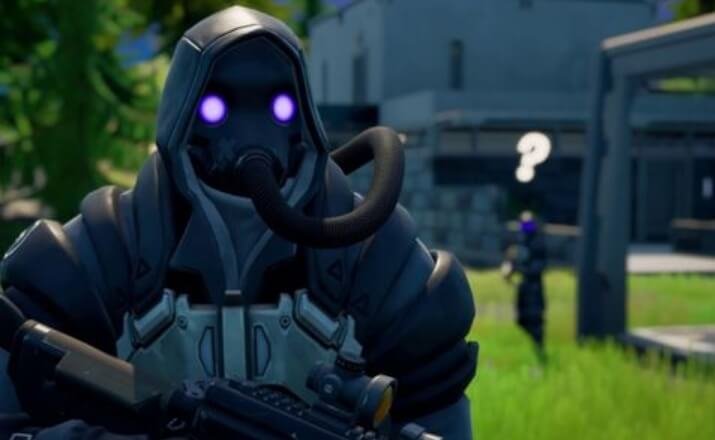 How to Eliminate IO Guards in Fortnite (Week 5 Challenge)

Players will need to defeat IO Guards in this Week 5 Challenge in Fortnite. This guide will show where players can eliminate them for this challenge.

IO Guards can be a real threat to players of Fortnite. This guide will show players how they can eliminate them for a Week 5 challenge. As the newest season of Fortnite continues, new challenges emerge in the game that players can continue to conquer. Completing these will reward the player with extra experience points that will assist players in getting through their battle passes. Considering the rewards from the battle pass are only available for a limited-time, completing these challenges is the best way to unlock everything before it is too late. This time around, players will need to defeat IO Guards around the map to complete this challenge for Week 5. This guide will help players bring them down.

IO Guards can be make-or-break for a player’s battle royale experience. Normally, players should avoid the IO Guards at all costs if they plan to seriously take the victory royale. They have tons of HP, can bring down the player’s HP to critical levels, and cause the player to waste resources trying to take them down. Battling them is not worth the reward they drop upon defeat. Although, now that there’s a challenge for players to complete, there are specific locations players can encounter these enemies. This guide will show players where and how they can defeat IO Guards.

How To Defeat IO Guards In Fortnite (Week 5 Challenge)

For starters, players should aim to find a weapon before engaging the IO Guards. They are in packs, making it difficult to take them all down all alone. This challenge requires players to take down 10 IO Guards within 5 different stages, meaning the player will have to take down 50 IO Guards to fully complete the challenge. Here are some of the best places to find them. They will appear in a metal box in specific locations on the map.

The best thing to do would be to aim for this challenge at the beginning of the game. Land in one of these locations, find a weapon, and take down the IO Guards. The experience points are well worth the battle.