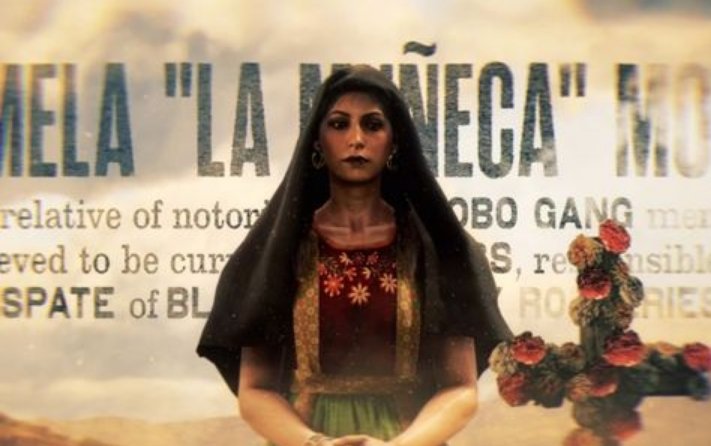 Legendary Bounty Carmela Montez can be quite the adversary in Red Dead Online. Here is how to take her down without inducing a headache.

While many might complain about the dearth of any substantial updates to Red Dead Online, one could argue that slowness is the prevailing ethos of the game. Doesn’t it seem fitting that it’s been years and players are still waiting for something genuinely new? It’s kind of like waiting for a train on a dusty train platform. Sometimes the train takes a long time to come. Sometimes the train never does. But how else would one have the time to notice the impeccable horse details, if there were constantly big new expansions coming along?

Regardless, some new content has cometh to Red Dead Online—especially for all those cowboy-cum-bounty hunters out there. There are a number of new bounty targets, such as Carmela Montez, the leader of the Del Lobos gang. Taking her down is quite a doozy, so take this guide into account and bring her in easily.

How To Start The Carmela Montez Bounty In Red Dead Online

Before the player can take on Carmela Montez, they will first have to acquire the Prestigious Bounty Hunter License. This costs a steep 15 gold bars (on top of the 15 gold bars required for the regular old Bounty Hunter License). After the new prestigious license is acquired, the player can initiate Carmela Montez’s bounty mission from any bounty board. Initiating the mission will automatically take the player to Hanging Dog Ranch. Here is where the real fun (and headaches) begin.

The Hazards Of Hanging Dog Ranch In Red Dead Online

Hanging Dog Ranch is a sizable zone with a barn in its center and a number of tents to both the east and west of the barn. It’s also teeming with enemies. Going in guns blazing isn’t a good idea here—not because the enemy AI is any smarter than the usual for Red Dead Online, but because as soon as the camp goes on alert, there are a number of additional hazards to consider.

For one, there is a sniper on the windmill directly to the west of the barn. If he sees the player, the screen will flash red, and he will try and snipe the player. The sniper isn’t actually too troublesome, though. The real challenge is Montez herself, who will start the mission directly in the center of the area, at the front doors to the barn. As soon as the camp goes on alert, she will jump into a War Wagon. At this point, it is extremely difficult to take her down dead or alive. She will also be tearing pretty much everything apart with the War Wagon’s devastatingly deadly Maxim Gun. If she gets in her War Wagon, failure is nearly inevitable.

Strategies To Take Down Carmela Montez In Red Dead Online

Instead of alerting the camp, the player should head in from the north side, toward the back of the barn. There is only one enemy on the way inside to keep in mind. Dispatch him quietly with an arrow and then head in through the back door.

Inside the barn, there is one enemy on the western side of the building to be wary of. He has a powerful sawed-off shotgun but is also busy with some hay. Take him out quietly and then head for the front doors. At this point, the player can take several different strategies. They could either bust through the doors and blow away (or snag with a bola) Montez on sight—she’ll be busy having a conversation with another NPC—or they could take over the War Wagon. It’s important to note, though, getting in the driver’s seat will just create more problems in the long run (trying to get away while Montez is in the back shooting her Maxim Gun is inadvisable). Instead, the player should take the reins of the Maxim Gun itself. At this point, it’s best to mow down everyone around. There’s a good chance Montez will get caught in the crossfire. If she does escape, chase after her and take her down outside of Hanging Dog Ranch.

Once she is subdued, simply pack her on a horse and head off for the nearest jail. Some goons might give chase, but none of them are as annoying as the War Wagon. Taking down Montez is a challenging task, but to the victor goes the spoils.

Where to Find Car Parts in Fortnite: Season 5

Red Dead Online is available on  PlayStation 4, Xbox One, and PC.