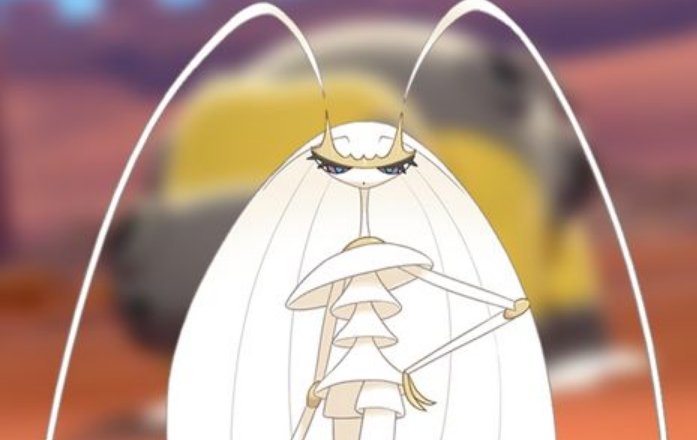 How to Find (& Catch) Pheromosa in Pokémon Sword and Shield

Pheromosa is one of the Ultra Beast that invades the Galar region in Pokemon Sword and Shield. This guide will help players locate and capture it.

Pheromosa is one of the Ultra Beast present in Pokemon Sword and Shield. This guide will explain how players can find and capture it. Originally from Pokemon Sun and Moon, Ultra Beast are Pokemon from alternate dimensions. They leap through wormholes and invade the Alola region and it is up to the player and the guardian Pokemon to protect the island from harm. They can also be captured by these unique Pokeballs called Beast Balls, an item that increases the chances of capturing Ultra Beast exclusively. Now, the Ultra Beast have made their way through the Crown Tundra. This guide will explain how players can find Pheromosa in the game.

Pokemon Sword and Shield is the first mainline entry in the series to receive a substantial season pass. The Pokemon Sword and Shield expansion pass provided two new wild areas to explore, over 200 Pokemon from previous generations, new storylines, and a few new legendary Pokemon to capture. Due to the DLC, the Galar region is one of the largest regions to exist in the Pokemon mythos. There are currently no plans for more DLC for Galar which makes it seem like the developers have moved on to their next big project. The Crown Tundra being the most recent of these features several legendary Pokemon from older regions. Pheromosa is one of those Pokemon. Here’s where players can find it.

How To Find (& Catch) Pheromosa In Pokemon Sword And Shield

The only way to capture Pheromosa in Pokemon Sword and Shield is by purchasing the expansion pass. The Crown Tundra is an exclusive location to the expansion pass and the way players will be able to encounter Pheromosa. Once this is done, players will be able to find this Pokemon in the Dynamax Adventures. In this game mode, players are able to team up with friends and take on multiple Dynamax battles in a row. In the end, the player will encounter a legendary Pokemon they can capture with a 100% success rate. Continue to go through the Dynamax Adventures until the player finds Pheromosa. It may also appear as Shiny as well.

Pokemon Sword and Shield might be over but the Pokemon brand is still the most successful franchise in the world. It’s only a matter of time before the next mainline entry releases. Whether it be a remake of an older generation or a brand-new title is completely up in the air. Regardless, trainers heavily anticipate their next Pokemon  adventure.

Pokemon Sword and Shield are available now on Nintendo Switch.

What Pokémon Sword & Shield’s Third DLC Pack NEEDS To Include