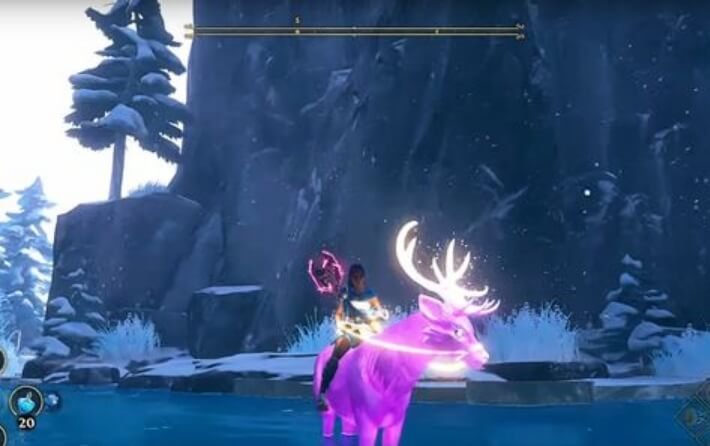 Players of Immortals: Fenyx Rising will run across beautiful landscapes with even prettier mounts, like Asphodel the epic purple deer mount.

Asphodel is one of the nine epic mounts available to players of Immortals: Fenyx Rising. This bright purple deer with glowing antlers is special for more than just his spectacular appearance. As an epic mount, he is far more useful to players.

Epic mounts are considered a level three mount, meaning that they are the highest level a mount can be, giving them three bars of stamina instead of the standard: one. However, this bonus comes at a price as they are quite a bit more skittish. This means players will need to be extra cautious when sneaking up on them and may want the ability that grants them invisibility.

Where To Find Asphodel, The Epic Purple Deer Mount In Immortals: Fenyx Rising

Asphodel can be spotted fairly easily due to his bright fur and antlers in the snow King’s Peak, just southeast of the King of the Gods statue. He’ll be down in a ravine, so players will need to jump and land strategically, as to not spook him. Just like all the other epic mounts, he will be completely alone. While this ravine area does have a few good hiding spots in the taller bits of grass, most of this area is covered in water.

Due to this, players should use their invisibility here to make sure they don’t scare away their epic prey. As long as the player can keep cool and stay hidden, they should be able to approach Asphodel without incident. However, if a red exclamation point pops up over his head, players should stop in their tracks and keep paused until this signal goes away. Otherwise, the player is likely to lose their chance to gain Asphodel.