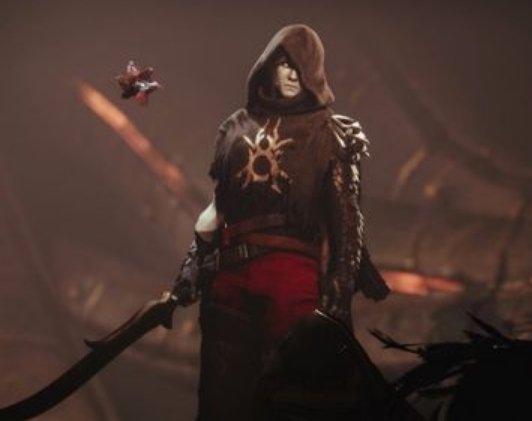 How to Get The Cryptolith Lure in Destiny 2: Beyond Light

The Hive doesn’t seem to know the meaning of “chill”. Takedown the Wrathborn, products of their Darkness experiments with the help of the Cryptolith.

Various methods for acquiring new loot are one of Destiny 2: Beyond Light’s strengths. The Cryptolith lure is the newest season-specific activity, rather than having anything to do with the DLC content itself. Season of the Hunt has players revisit the Tangled shore to help old allies and make new ones as well. All while trying to chain down the hive and stop more of their maddening experiments with the darkness.

The Cryptolith lure is a bit more hands-on the previous seasonal loot systems. It directly affects the type of enemies players will encounter which then, in turn, have specific loot drops. Players can head to the Moon anytime they want and begin Season of the Hunt, as it is technically unrelated to the main story of Beyond Light. Here’s how players can acquire the Cryptolith Lure.

How To Get The Cryptolith Lure In Destiny 2: Beyond Light

After heading to the Moon, players will embark on a mission to rescue Osiris from the High Celebrant at the Shrine of Oryx. There, players will meet for the first time Pulled Pork and his newest Guardian, The Crow. The Crow is an all too familiar face, as our Guardian personally sent him to an early grave for revenge back during Forsaken. The Crow has no memory of anything that has happened in the past, as is the nature of Guardians; he is an entirely new person. The Crow had been attempting a sneak attack on the High Celebrant by subtly using the confusion and Osiris as bait, but our Guardian’s appearance and rescue ruins all that. Afterward, the Spider once again invites players to his humble abode in order to explain the circumstances and enlist their assistance in ridding the Tangled shore of a special group of foes, the Wrathborn.

After Speaking with Spider, head over to the left and there will be a new room that was never there before. Inside, The Crow is waiting to speak to the Guardian with more gratitude than previously exhibited. Thankful in this opportunity to work with another Guardian for the first time, he entrusts the Cryptolith lure to players in order to help deal with the Tangled Shore’s impending threat. The Cryptolith has 3 slots. One to determine what boss players will pursue, and the other two are mutations that affect the stats and bonuses on that loot that drops from them. The Lure must be charged through other activities such as strikes or crucible in order to pursue any boss, and can hold up to the 3 charges at once, happy hunting.

Destiny 2: Beyond Light is available on PC, Xbox, and PlayStation.