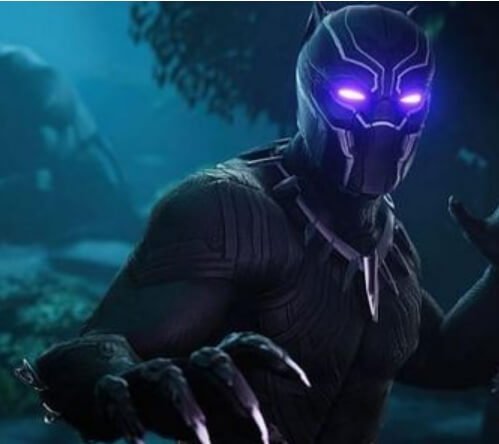 How to Get the Wakandan Salute Emote in Fortnite

Unlock the Wakandan Salute in Fortnite by completing the Wakana Forever Challenges. Be on the lookout for the Marvel Royalty & Warriors pack too!

Fortnite Season 5 has given players a slew of new characters to play as and new dance moves to bust out. There’s nothing quite like seeing The Mandalorian in a one-on-one build off with Kratos from God of War.  Fortnite  continues to drop new items as time passes. Players can get excited about one Marvel hero, in particular, making his way into Fortnite.

Fortnite and Marvel entered into a long relationship during Season 4. Players have seen this before with Fortnite’s integration of Star Wars into the mix. Most recently, players could play as The Mandalorian right off the rip at the start of season 5. There’s been a new set of heroes added to Fornite right before Christmas. Here’s how to unlock the Wakandan Salute in Fortnite for free, and a little bit on Black Panther’s arrive in-game.

Fortnite – How To Unlock The Wakandan Salute For Free

Fortnite just released the Marvel Royalty and Warriors pack, including Black Panther, Captain Marvel, and Taskmaster. This new pack does come with a hefty price tag of $24.99. However, players will have to complete the Wakanda Forever Challenges to unlock Black Panther’s signature salute. To unlock the Wakandan Salute, players must:

These challenges shouldn’t take more than a few hours of gameplay to complete and can be done simultaneously (relatively). For example, it would be wise to focus on Duos matches as they’ll count towards both ‘Play Matches’ and ‘Play Duo or Squad Matches.’ Players will also have an easy time outlasting opponents as most of the lobby is already gone by the time the second storm closes in duos.

To clear up some confusion around ‘outlast opponents,’ all it means is that players survive longer than other players. While better Fortnite players will get this leg of the challenge done quicker than most, it still shouldn’t take long to outlast 500 other payers. YouTubers have had some fun making different characters, with absolutely zero relation to Black Panther, display the Wakanda Salute. Something is amusing about watching Batman do it.

The Marvel Royalty & Warriors pack drops on the heels of Kratos from God of War making an appearance in Fortnite. Season 5’s theme is ‘Bounty Hunters’, and it’s certainly delivered. Players can expect to see more of their favorite crossover heroes come to Fortnite  shortly. They can even play as famous characters from AMC’s The Walking Dead. Perhaps most importantly is Master Chief and what it could mean for the future of gaming.

Fortnite is available on PlayStation, Xbox, PC, and Mobile.