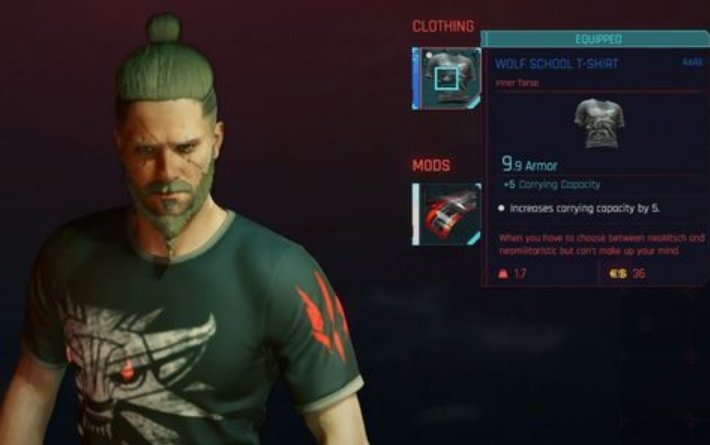 How to Get The Witcher-Themed Items in Cyberpunk 2077

Witcher-Themed items are available in Cyberpunk 2077 for players to unlock. This guide will show what is required to unlock these unique costumes.

Players can unlock Witcher-Themed items in Cyberpunk 2077. This guide will show players how. The Witcher 3 is one of the most critically acclaimed video games of all time. The game went on to set a precedent of what it meant to be an open-world game in the modern era. The game later went on to receive tons of additional DLC, free content, and get a port to the Nintendo Switch. The legacy left behind by the title has put Project CD Red in a position where their next title not only needs to reach that level of quality but surpass it. Cyberpunk 2077 aimed to bring the feeling of The Witcher 3 to a new setting a time period. Although, players can unlock Witcher-Themed items in the game. Here’s how players can find them.

In order to unlock the Witcher-Themed items in Cyberpunk 2077, players will need to first create a Gog Galaxy account. This is a platform where players can organize all of their games from different platforms into a single library. This includes both console releases and PC. Not only that, but it keeps track of the hour’s players of each game from each platform and promotes new games depending on the tastes of the player. Once the player is registered, here’s how players can get Witcher-Themed items in the game.

How To Get Witcher-Themed Items In Cyberpunk 2077

After creating the Cog Galaxy account, head into the settings icon (cog icon) in the upper-left corner. Now, select “Integrations” and choose the platform you’re playing Cyberpunk 2077 on. Link that gaming account with your Cog Galaxy account. Now, boot up the game and it will show the player has unlocked new items from The Witcher 3.

Players won’t be able to access this content until they complete the prologue of the game. This should only take a few hours. Once the player reaches the apartment location, players can open up their stash to find the Witcher-themed items. Interestingly enough, the stats for the Witcher-themed gear isn’t even close to some of the more powerful stuff players can get in the early-game. Players should only wear these if they want to celebrate the legacy of The Witcher 3.

The game will receive patches in the future to iron out any potential bugs or issues in the game. The game released with critical praise for its world and story but suffered due to glitches happening at the worst moments. It becomes difficult to invest in a story when the game is breaking right before your eyes. Regardless, it is one of the best games to release in 2020.

Immortals Fenyx Rising: How to Unlock The Epic Chest in Hermes’ Secret Hideout