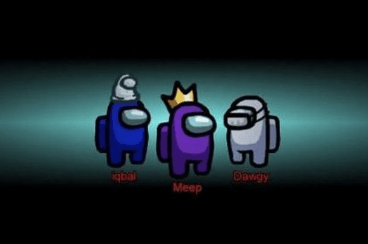 How to Play Tag Team in Among Us (Custom Mini-Game)

The Tag Team custom mini-game for Among Us has Impostors taking turns to kill as many crewmates as possible before getting caught and ejected.

Fans of Among Us who may be getting bored with the classic game formula can try playing the various custom mini-games created by members of the community. Though modding Among Us seems to be popular these days, many of the mods players can see on a popular content creator’s channel are not available for public installation and use. There are still plenty of ways to enjoy variations on the classic game mode for Among Us without mods, as long as all the players in a lobby are willing to cooperate. Past custom mini-games have included the extremely popular Hide and Seek Mode, Caveman Mode, and The Gauntlet. All of these can be played with just a few adjustments to settings and all players in the lobby agreeing to some house rules.

Another custom mini-game players can try is called Tag Team. In this game mode, Among Us becomes less about social deduction, as the Impostors will have to out themselves if they are caught. Instead, the objective is for all the Impostors to kill all the crewmates before their time runs out. Unlike many of the new mods and game modes, which tend to favor the Impostors, this mod gives the Impostors a challenge to overcome. Here’s how to play Tag Team in Among Us.

How To Play Tag Team In Among Us

Like other custom game modes and mini-games in Among Us, players should not attempt to play the game this way when participating in matches with random strangers over the Internet. This mode requires a high level of cooperation, as there is no way to enforce everyone play nicely and follow the house rules. Players should reserve this mode for games with close friends who are all willing to work together.

The rules to the Tag Team custom mini-game for Among Us are fairly simple:

To win, the Impostors must manage to kill all the crewmates in their three allotted rounds. If the crewmates can find the bodies fast and eject all three Impostors, then they win.

For Impostors in this game mode, the best strategy will be to use sabotage to isolate crewmates and kill as many as possible in a single area. For crewmates, it is possible to win without finishing tasks, so completing tasks can take less priority than searching the map for bodies.

Lobby hosts can customize a few key settings to help enforce the rules and make the game mode more fun, challenging, or balanced. These include:

Players are encouraged to tweak the settings based on their group’s needs to maintain as fair and balanced a game as possible. Vision radius and number of tasks are the easiest to vary as desired.

If players don’t mind having at least one mod in their game, the Proximity Voice Chat mod would enhance this game mode. Crewmates can strategize with one another, but may not be able to hear an Impostor on a killing spree across the map, which will make the game more of a challenge.

Among Us is available for Nintendo Switch, PC, iOS, and Android devices.