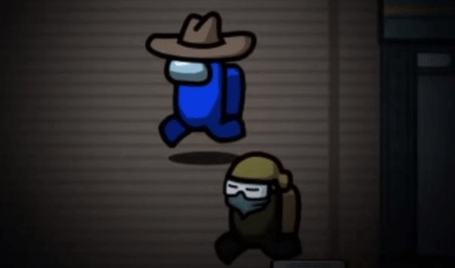 How to Play the Hot Potato Gamemode in Among Us

YouTuber Socksfor1 created a Hot Potato gamemode mod for Among Us. If players can’t pass off the potato in time, they explode. Here’s how to play.

Modding Among Us has become a major trend in content creation, and popular YouTuber Socksfor1 frequently demonstrates new mods that introduce roles, powers for crewmates and Impostors, and even new gamemodes that fundamentally change the classic formula. Some Among Us mods become public, like the Jester Role mod, Sheriff Role mod, or Proximity Voice chat mod. These can be downloaded and installed by any player and often can be used on the public Among Us servers without issue. Other mods, including The Floor is Lava mode and the God Mode mod, are currently exclusive to content creators. One of Socksfor1’s team’s latest exclusive creations is a new Hot Potato gamemode.

Based on the childhood party game, the rules of Hot Potato for Among Us are simple. At the start of a new game, one player at random will receive the potato to start. They will need to pass it off to another player within 30 seconds, or the potato will explode and kill them. The last player standing wins the game. This is a mod that fundamentally changes Among Us. Instead of focusing on social deduction, as in the classic version, the Hot Potato gamemode is more about survival. The rules of this custom game resemble those of Hide and Seek or Slender Man, but rather than having one “killer,” anyone in the group may need to chase down the others. Here’s how to play Hot Potato in Among Us.

How To Play The Hot Potato Gamemode In Among Us

At the time of writing, the only people who have access to the Hot Potato Gamemode mod are Socksfor1 and his friends. There has not yet been a public file released for other players to download to their game. However, because it is still very new, there is always a chance talented modders will create their own version of the idea that can be shared with other fans later.

With this mod installed, one player starts the game with a “potato” by being assigned the Impostor role. This item will explode within 30 seconds if it is not handed off to another player. To hand off the potato, the player will need to run up close to the other player’s character, almost as though they are playing the Freeze Tag mini-game. Players who have the potato will see a countdown in the bottom-left corner of their screen, along with a Kill button on the right side of the screen. When the potato is handed off, these will disappear, letting the player know they are in the clear.

In this game mode, the player with the hot potato has access to the Sabotage button and can shut doors to trap others and hand the potato off to them. They’ll need to be careful, however, as this can sometimes lead them to trap themselves instead.

Players must not report dead bodies in this mode, and it is typically not recommended to use other forms of sabotage. In addition, players should not worry about completing tasks and should instead focus on running and hiding from the person with the hot potato.

Players can see this gamemode in action by checking out Socksfor1’s video, linked below:

Among Us is available for Nintendo Switch, PC, iOS, and Android.