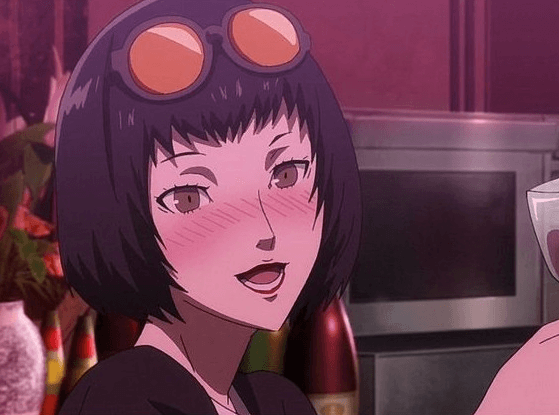 How To Romance Ichiko Ohya in Persona 5 Royal

Joker has many Confidants in Persona 5 Royal, some of whom can be romanced. One option is journalist Ichiko Ohya, who reports on the Phantom Thieves.

As players guide protagonist Joker through his exciting double life in Persona 5 Royal, they will likely find him falling in love with one of the many female Confidants he meets and develops friendships with along the way. Though not the main focus of the game, getting to know others is a part of the experience. Joker’s Confidants in Persona 5 Royal are intrinsically linked to one of the Arcana used to craft, create, and level up a Persona, so improving relations with each one can offer bonuses when using a Persona of the associated Arcana and when interacting with that character during the typical day. If the player wants Joker and a certain Confidant to be more than just friends, they will need to have him cooperate with that Confidant and climb the Ranks until the correct options open up, usually around Rank 8 of 10.

Ichiko Ohya is a cynical journalist Joker can meet one day and decide to cooperate in a bid to get on the press’ good side. She is associated with the Devil Arcana, so players wanting to use this Arcana to craft a Persona will want to get to know her. She enjoys a good drink and agreeable company. If players know just what to have Joker say, and make sure to visit Ohya often, they can help him win her heart. Here’s how to romance Ichiko Ohya in Persona 5 Royal.

How To Romance Ichiko Ohya In Persona 5 Royal

Players won’t be able to meet Ohya and begin ranking up her Arcana until the end of June. She will automatically appear during the main story, so players won’t need to go looking for her. While players wait for June 23, they should focus on progressing the main story, upgrading characters and stats, and improving their rank with other Confidants. Players can also make sure to pick up one of the Devil Personae to make it even easier to rank up with Ohya.

When players are tasked with speaking to Ohya, they’ll need to find her in the Crossroads Bar. They will eventually make a deal to share information, which will unlock Rank 1 of Ohya’s Arcana. This comes with the benefit Rumor-filled Scoop, which will decrease the Security Level any time Joker finds a new Safe Room.

As Joker improves his relationship with Ohya, he can unlock other benefits. These include:

To reach higher ranks, Joker will need to be sure to spend time with Ohya during the evenings and learn about what drew her to journalism.

Joker can find Ohya any evening of the week to share information about the Phantom Thieves for her story, and these conversations will deepen their bond and improve her Arcana rank. However, any time Joker wants to go see Ohya, he will not be able to visit a Palace or Mementos, so players should plan strategically to make sure they can do it all. Alternatively, players can rank up their relationship with Sadayo Kawakami prior to meeting Ohya to gain access to her Special Massage ability. This will alleviate Joker’s body fatigue and let him venture out in the evenings, even after a Palace infiltration or Mementos run.

As players talk to Ohya, they will want to choose responses that let Joker agree with what she says or otherwise humor her. Complements, showing genuine care and concern, and demonstrating a willingness to help will go a long way in winning Ohya’s heart.

In addition, players should consider supplementing time spent by giving Ohya gifts. Ohya seems to really like mugs, electronic devices, and writer essentials like pens and pencil cases. Each gift can provide an extra two or three Social Points. The breakdown for these Points are:

Any of the gifts marked for romance only can only be given after Joker reaches Rank 8 with Ohya.

Once Joker reaches Rank 8, he will gain access to Ohya’s special quest, “Fighting for Truth in Journalism.” He will be able to confront Ohya’s boss, Shinpei Honjo, with the other Phantom Thieves in Mementos. Players will find him on the Path of Kaitul: Area 9. He has a weakness to Wind, making Morgana a good party member for this quest.

Once this quest is complete and Joker speaks with Ohya again, she will remember an incident during which she and Joker pretended to be dating and ask if he took it seriously. Players will need to select “I took it seriously,” for Prompt 5, then, “I love you, Ichiko,” as a follow-up. This will officially commence Ohya’s romance.

To complete Ohya’s Arcana and max her rank, players should have Joker meet with her one final time to hear her commit to their relationship. There are no incorrect dialogue responses, so players should select the options that feel right in the moment. They can then have Joker invite her on dates to see her again. Now at Max rank in Ohya’s Arcana, players can unlock the Beelzebub Persona as well.