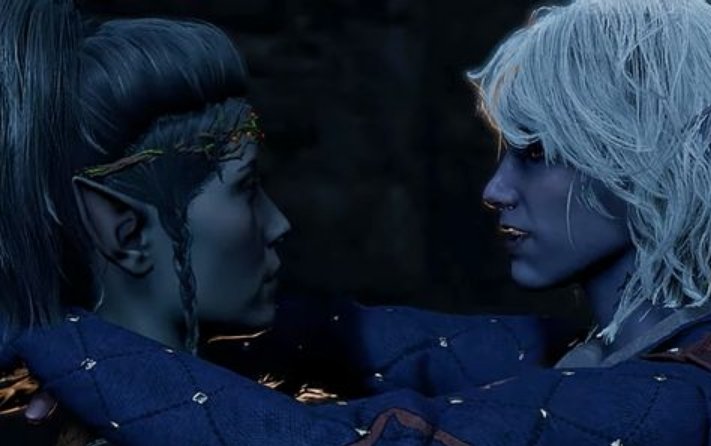 How to Romance Minthara in Baldur’s Gate 3

As player’s make their way through the early access of Baldur’s Gate 3 there is a character they may not realize has a romance option, Minthara.

While most players of Baldur’s Gate III are more interested in creating a truly heroic character and romancing someone similar, others might go the anti-hero route and find an evil lover like Minthara more interesting. Minthara is a Drow cleric of the Absolute. She is among the Goblin Camp and can be easily missed out on if a player rushes through the area simply killing everything in their path.

Though she is not available as a companion yet, she is fully available to romance for those who aren’t afraid to play an evil character. Upon first meeting Minthara, she’ll direct the player to attack the Druid Grove at the Absolute’s discretion. Follow her directions to start this new romance option.

After the player kills the druids and Tieflings in the Druid Grove, players should return to speak with Minthara. Here she’ll come onto the player strongly. This will also trigger the player to gain more of their Illithid powers and embrace the change. Minthara will describe this as the Absolute’s reward to the player for following their command. She’ll then connect with the player via the tadpoles and show the player her lust for them through imagery.

To this, players should open their minds to her. She will tell the player that she will meet them at their camp tonight and that the whole of the Absolute’s collective shall celebrate the victory over the Druid Grove. When the celebration starts at the player’s camp, she’ll let the player know what she intends to do. Players will still need to seek her out and speak with her at the celebration to trigger her romance cutscene, however.In this conversation, be completely passive and subservient to keep her interest. She will continue to send the player visions of what she intends to do and chooses that over speaking often. She is the only character outside of the Dream Lover and Gale who will do this at all. Head to bed and choose to spend the night with Minthara.

She will take the player to an altar of the Absolute to get it on. She’ll let the player decide here more so than in previous scenes. Players should also choose to not pry her mind when they have the option if they want to keep on her good side. However, no matter how well the player does, she’ll still come back later in the night to kill the player. If the player challenges her on the Absolute’s orders, she will tell the player that they should head to Moonrise Towers and either prove themself to the Absolute or die.

The Fastest Way To Delete Friends on PlayStation