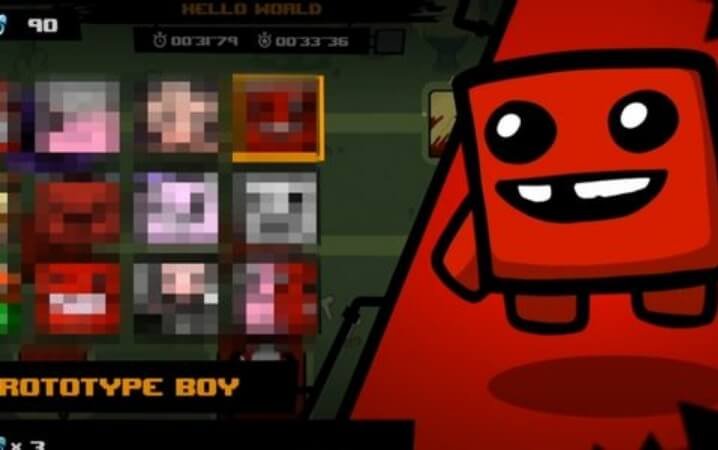 How to Unlock Prototype Boy in Super Meat Boy Forever

Prototype Boy is the look of Meat Boy when it was first a mobile-spin off title of the original. The game began development back in 2011 for mobile devices officially titled “Super Meat Boy: The Game” but was restarted and transformed into the Super Meat Boy Forever that we know today. The game took about 9 years from its initial conception to release on the Nintendo Switch and Epic Games store. The developer acknowledges the original prototype of the game by making it an unlockable character. This guide will show players how they can unlock it.

How To Unlock Prototype Boy In Super Meat Boy Forever

While Meat Boy and Bandage Girl are unlocked from the beginning, the player will need to collect 3 Pacifiers to unlock Prototype Boy. This is a fairly easy accomplishment since a single Pacifier can be found in almost every level in the game. Within the first world, players should have enough Pacifiers to unlock Prototype Boy. Players may need to get off the beaten path to find these hidden collectibles. There are 90 Pacifiers for players to collect in the game so finding 3 should be easy enough.

Super Meat Boy Forever might not be for everyone, especially those who played the original game. While the auto-scrolling gameplay is fine on its own, it’s a bit challenging to imagine jumping into the game and expecting more of the same. Instead of focusing on tight platforming, the game rewards players with fast reaction times and judging the distance between jumps. It’s a bit jarring but it still captures that same feeling of challenge the original has been known for. With tons of collectables and unlockables to find, this game is well worth a platforming fan’s time.