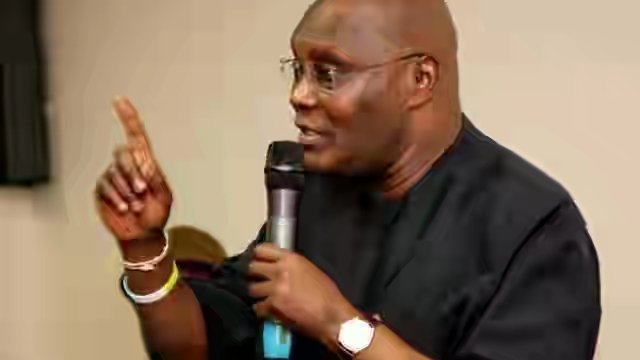 Atiku Abubakar, former Vice President, has described himself as a rebel.

The former Vice President made the remark while urging Nigerians never to allow the word “rule” to be used in the country’s democratic process.

Speaking in Lagos, the Waziri of Adamawa said the term rule should be replaced with “govern” because Nigerians must participate in the process.

According to Abubakar, “For me, I am a rebel. Never should the word ‘rule’ be a term in our democratic process.

Abubakar also contended that the educational system Nigeria operated in the first republic provided students the opportunity to either go to the universities, polytechnics, farming, or whatever they wanted to do.

He said, “Suddenly, Nigeria moved away from that system of education, to a system where you train only job seekers.

“They don’t know how to do anything else other than to seek for job. So, what I am trying to say is that my Nigeria is possible, and your Nigeria is also possible.

“The United Nations projected that by January 2018, Nigeria would have more people in poverty. Can you imagine that! What can we do to combat this challenge? My submission is that education, entrepreneurship, foreign direct investment.