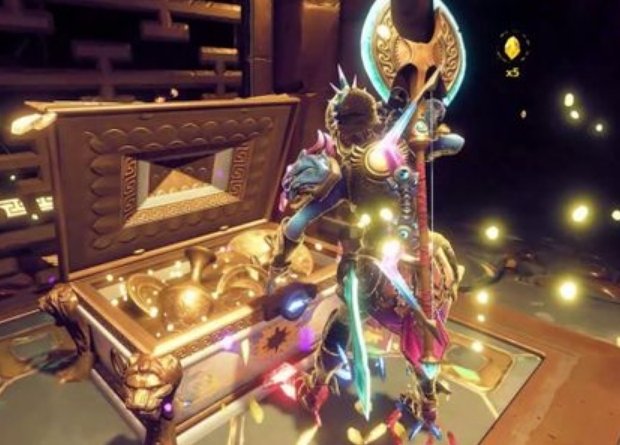 Immortals Fenyx Rising: How to Unlock The Epic Chest in Hermes’ Secret Hideout

There are a a vast array of secrets for players to find in Immortals Fenyx Rising. This guide shows how to get the chest in Hermes’ secret hideout.

Like the majority of AAA RPGs, there are a vast array of different secrets for players to check out and find throughout Immortals Fenyx Rising. By exploring the game’s large world they will be able to track down many different kinds of secret items, powerful weapons, and even chests full of rare resources. Many of the game’s secrets are locked behind different puzzles or hidden very well.

One of these secrets is the Epic Chest that players can find at Hermes’ secret hideout. The doesn’t spell out how exactly players can make their way to this hideout, and it is by no means at all a simple process. It can be very frustrating for players who don’t know how to do it, but desperately want to snag that precious chest for themselves. This guide shows players how to travel to Hermes’ secret hideout and acquire the Epic Chest.

Immortals Fenyx Rising: How To Get Hermes’ Secret Hideout Chest

Most players would assume that this chest is tucked behind some kind of puzzle, but getting inside of Hermes’s secret hideout is actually a little more tricky than just solving a puzzle. Players will notice that there is an additional chest located at the observatory, so the evidence would point to that chest (and therefore the secret hideout) is tucked away somewhere in this location. This is not the case though, so players should stop looking around the observatory for a hidden door or a puzzle that teleports them inside the hideout. Instead obtaining the final chest within Hermes’ secret hideout is basically entirely about luck.

The only way to get inside Hermes’ secret hideout is by being randomly teleported there. Occasionally when the player is trying to fast travel to the Hall of the Gods they will be instead wind up inside Hermes’s hideout instead. There does not seem to be any rhyme or reason to this and no prerequisites that need to be met before being able to make it here. Once players wind up at Hermes’ secret hideout they will find the chest sitting right in front of them and immediately be able to open it up. By turning around they will then see a way to continue on to the Hall of Gods. This means that those who want to get this chest should just not worry about it and continue playing the game until they are magically sent here.

How to Unlock The Mantis Blades in Cyberpunk 2077