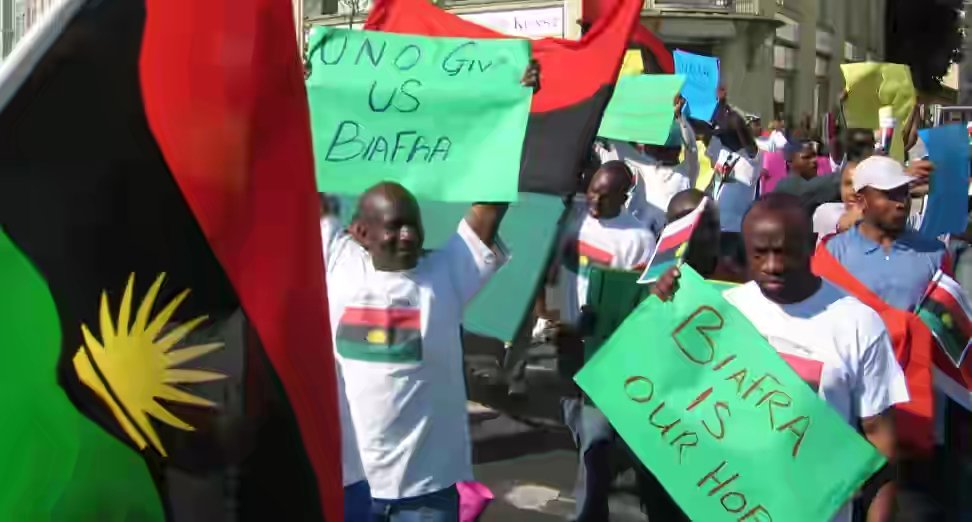 The Indigenous People of Biafra (IPOB) has hailed President Donald Trump of the United States for recognising Jerusalem as the capital of Israel.

IPOB stated this in a press statement signed by its media and publicity secretary, Emma Powerful and made available to DAILYPOST.

The group described Trump’s decision as courageous and visionary, saying that many may be upset that he did it, but they at IPOB were very ecstatic about the new decision.

Part of IPOB’s release read, “It is a thing of great joy and a refreshing reminder that our world still has the regenerative capacity to birth transformational leadership”.

It said, IPOB was encouraged by that decision “because it was an eye opener to countries who were averse to self determination of indigenous people.”

The group said, “We salute you, Mr. President. Thank you for recognizing Jerusalem as the eternal capital of Israel, and thank you most of all for the plans to move the US embassy from Tel Aviv to Jerusalem.

“We believe that many more countries will emulate your courageous act, and we also hope that soon, very soon, the Republic of Biafra will be born out of wanton repression, and we will become Israel’s strongest ally on the African continent with a beautiful embassy in the holy city of Jerusalem.

“By what you have done, Mr. Donald J. Trump as American President, has shown that courageous leadership is not predicated on public opinion or political correctness, but on justice, equity and fairness.

“Every right-thinking person who is not blinded by parochial ethnocentric biases will agree with you. We believe that what is right is right and what is wrong is wrong.

“And for those who have sworn to make this world a living hell for truth, justice and equity; there is no peace, saith the LORD, unto the wicked. And so we say “wait, your karma is on the way.

“Once again, Mr. President, the Indigenous People of Biafra (IPOB) say, congratulations. We stand shoulder to shoulder with you.”