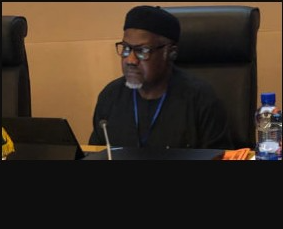 Local manufacturers have decried the rising level of inventory, especially for unsold manufactured goods, adding that declining disposable income of consumers, as well as rising inflation, have worsened the woes of producers.

With the economy witnessing a lockdown for some part of 2020, the latest H2 2020 data from the Manufacturers Association of Nigeria (MAN) have shown that the nation’s manufacturing production value declined by N5.02 trillion in 2020, while unsold goods rose higher to N577.61 billion during the period.

MAN noted that unsold manufactured goods in the sector totalled N577.61 billion in 2020 as against N402.42 billion reported in 2019, attributable to the general low consumption and renewed imports in the economy as global economies generally opened after months of lockdown.

MAN stated that the electrical and electronic sectoral group accounted for over 33 per cent of the total inventory of unsold manufactured products in the period, adding that the group continues to deal with the challenges of low patronage, high smuggling, and products counterfeiting which rubbed-off negatively on inventory.

According to MAN, there is a need for government to initiate policies that will strengthen the purchasing power of consumers to stimulate aggregate demand and deliberately support industries to reduce the production cost of manufactured products in the country.

The local producers noted that though there was an uptick in production and performance of the real sector in the latter part of the year due to the opening up of the economy, the pandemic had a crushing impact on the manufacturing sector.

“At the moment and following the impact of COVID-19, productivity in the sector is at the lowest and therefore requires deliberately orchestrated action to rekindle significant productive activities in the sector”, MAN added.

MAN President, Mansur Ahmed, had stated that the outcomes of the pandemic led to a lockdown, near shut down of the operations of eight manufacturing sectoral groups, disruption in the supply chain, inventory, and loss of jobs.

Ahmed said the Association had made a series of submissions to the government on the challenges accompanied with suggestions on how to resolve them.

For manufacturers to remain in business, MAN implored the CBN to intervene directly to ensure that manufacturers have access to funds, particularly the N1 trillion COVID-19 stimulus package; sensitize manufacturers on the current feasibility of the N220 billion Micro, Small and Medium Enterprises Development Fund (MSMED) and N300 billion Real Sector Support Facility (RSSF) and how they can be accessed; and carry out a coordinated reduction in the monetary policy rate and lending rate.

Furthermore, the manufacturers urged the government to improve on the time taken to clear container/cargoes clearance at the ports; reduce the various burdensome port charges and remove demurrage for delayed clearance due to logistics and administrative constraints; and also resuscitate available rail tracks and construct new ones and linking them to industrial hubs.