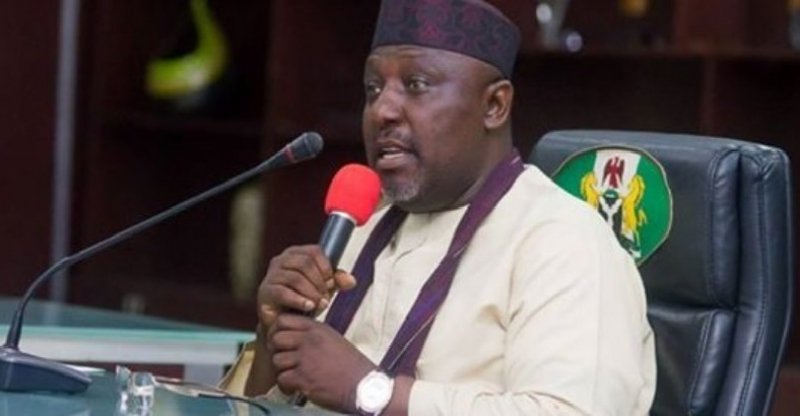 Ministry of Happiness: Okorocha fires back at Ohakim, Ihedioha

Imo State Governor, Rochas Okorocha, Thursday, fired back at his predecessor, Ikedi Ohakim and former Deputy Speaker of House of Representatives, Emeka Ihedioha, for kicking against the creation of the Ministry of Happiness and Purpose Fulfillment.

He said both did not have what it takes to compete with him in terms of governance.

Okorocha’s statement came through his Chief Press Secretary, Mr Sam Onwuemeodo to newsmen in Owerri, following the backlashes from the duo on the newly created Ministry of Happiness and Purpose Fulfilment by his government.

The ministry is headed by Governor Okorocha’s younger sister, Mrs. Ogechi Ololo, who is also the Deputy Chief of Staff, Domestic, Government House.

According to the release, “At the end of the day, the achievements of the new Ministry of Happiness and Purpose Fulfilment, will be so amazing that the critics of the initiative, will not only be shocked but will also regret to have drawn the curtain for the new Ministry even before it takes off.

“Ideas are like bullets. They pierce greatly. And Rochas Okorocha is a man of tremendous ideas who thinks about the present and the generations yet unborn.

“He does not misfire on any issue, the attendant criticisms notwithstanding. When the new ministry begins to bear the expected fruits, the accolades will envelop the early criticisms.

“Some people have also talked about Jacob Zuma’s Statue as a referenced case. The criticisms that greeted Zuma’s Statue were all anchored on the Corruption allegations against the South African President.

“Yet, the fact remains that the man is still the President of that Country. He has neither been sentenced to imprisonment nor impeached as president following these corruption claims.”

Okorocha went further to say : “We also want to let the public know that the former governor of the State, Chief Ikedi Ohakim and the 2015 PDP governorship Candidate in the State Chief Emeka Ihedioha are the least qualified to criticize Okorocha on any policy or programme.

“Ohakim was governor for four years and has no achievement to his Credit. And that administration could only be associated with the flogging of Citizens, including a Priest. Today, Owerri has twelve lane roads, 3 tunnels, two fly-overs, five in-land roads, four pedestrian bridges, street lights and befitting structures, Courtesy of Governor Okorocha.

“Chief Ihedioha was in the House of Representatives for 12 years and ended up being the Deputy Speaker but could not fix the only market called Nkwo-Mbutu in his ward, Mbutu, and all the NDDC Projects that have developed K-legs in the State are directly or indirectly linked to him.”