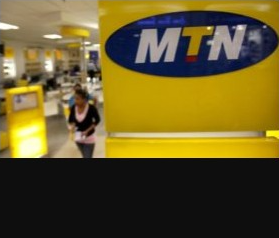 MTN, its audited results for the financial year ended December 31, 2020, released on Sunday, disclosed that the growth in its subscriber base provided support for voice revenue, which accounted for 67.1 per cent of service revenue and rose by 5.9 per cent with acceleration in growth to 8.9 per cent year-on-year in the second half (H2) of 2020.

This, according to the firm, growth was enabled by its expanded customer acquisition touch-points, rural telephony initiatives and revamped acquisition offers.

MTN, however, said the suspension of new SIM registration in mid-December did not have a significant impact on voice call revenue as it saw an increased level of activity from the existing base.

In the audited report, the South African-owned telecommunications firm explained that there was a 14.7 per cent increase in its service revenue, which rose to ₦1.3 trillion last year.

The firm said data revenue maintained a positive momentum from Q2, prompted by the COVID-19 lockdowns, rising by 51.2 per cent. It subsequently generated N332.37 billion from data last year.

The performance in data, according to MTN, was led by a combination of increased subscribers, usage (MB per user) and traffic, supported by increased network capacity and 4G penetration.

The report disclosed that data traffic rose by 126.5 per cent and average usage by 64 per cent. The firm said it added approximately 8.2 million new smartphones to the network, bringing smartphone penetration to 45.9 per cent of its base, up from 41.9 per cent in 2019.

How MTN connected 12.2 million new subscribers and earned revenue of N1.3 trillion in 2020.

According to it, earnings per share (EPS) rose by 0.9 per cent to N10.1 with the proposed final dividend put at N5.90 kobo per share.

The telecommunications firm said its Fintech revenue rose by 27.3 per cent, boosted by MTN Xtratime, an airtime lending service.

“We expanded our MoMo agent network with the addition of over 280,000 registered agents during the year. This was achieved as we continued to convert our traditional airtime agents in line with our one distribution model. Our fintech subscribers increased by more than eight times to 4.7 million, driving higher transaction volumes of over 51.5 million during the year and core fintech revenue growth of 28.0 per cent,” it stated.

MTN said the uptake of its digital business continued to gain traction with the revamp of products and services, improved customer journey and increase in active user base.

As such, digital revenue recorded growth of 107.2 per cent, entrenching the pleasing structural turnaround in the business. MTN said in H1, it redefined how it accounted for the active user base to capture unique paid subscriptions, and “we have seen this number grow by 75 per cent to 2.8 million from 1.6 million in H1. This was driven mainly by subscriptions for ayoba, our instant messaging platform, which rose by 120.9 per cent to 1.4 million.