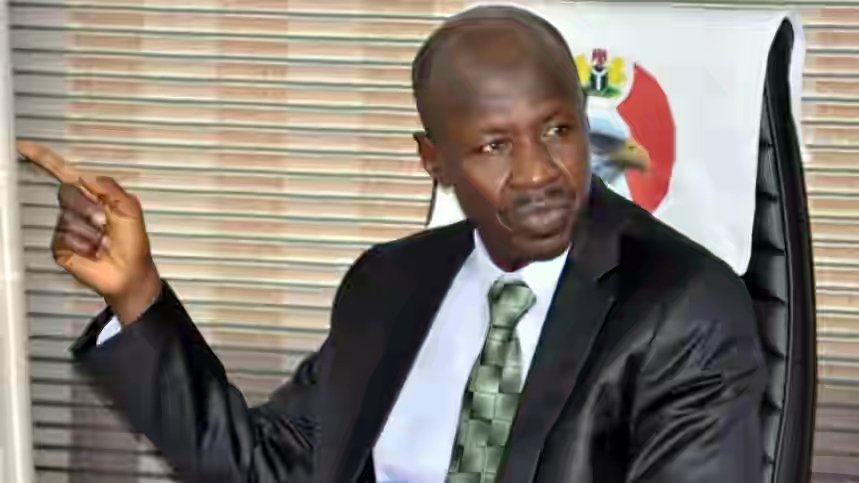 A Muslim group, the Muslim Rights Concern has revealed those attempting to eliminate the Chairman of Economic and Financial Crimes Commission, EFCC, Ibrahim Magu.

The group, while threatening that heads would roll if anything happened to Magu, accused powerful corrupt politicians of trying hard to silence Magu forever.

MURIC, in a statement on Wednesday, signed by Professor Ishaq Akintola, leader of the group, lamented that powerful corrupt politicians want to eliminate the EFCC boss.

It could be recalled that unknown gunmen attacked Magu’s residence in Karchi Abuja two days ago, which led to the death of his police security officer.

MURIC’s statement reads, “Unknown gunmen have again attacked the house of the Acting Chairman of the Economic and Financial Crimes Commission (EFCC), Mr. Ibrahim Magu. A police sergeant on duty was reportedly killed on the property located at Karshi, an Abuja suburb two days ago.

“Being the third attempt on the life of the EFCC boss this year alone, there is no iota of doubt at this time that a powerful corrupt person or persons whose case or cases are being investigated are determined to eliminate the no-nonsense anti-graft fighter.

“The handwriting is on the wall and the Federal Government must give marching orders to the nation’s security agencies to leave no stone unturned in the mission to protect Magu. Some powerful people just want him out of the way by hook or by crook. They want anyone else except Magu as head of the EFCC.

“This man should not just be sacrificed like that. He is not fighting a personal battle. He is on a mission to rescue Nigeria from the abyss of moral debauchery. He is fighting for both the present and future generations. Corruption must not be allowed to win the battle. Nigerians will lose hope in this war if the arrowhead is eliminated. We believe it is high time FG read the riot act to the security agencies. Heads must roll if anything happens to Magu.

“MURIC demands round-the-clock impregnable security network around the person of Magu, his house as well as members of his nuclear family, no more, no less. No option should be underestimated, including his consumables and the possibility of the use of explosives anywhere around his vicinity. This is not asking for too much because any successor of Magu will have been intimidated if the latter is eventually eliminated. The implication of this for the war against graft is better imagined.”