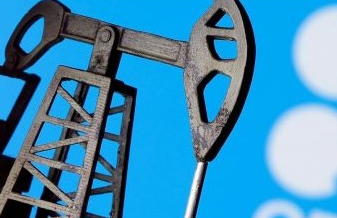 As Nigeria engages key African countries ahead of the Organisation of Oil Exporting Countries and allies ((OPEC+) meeting due next week, indications emerged yesterday that the cartel may consider a reduction of the over seven million barrels per day suppressed crude to stabilise the price of crude oil.

Minister of Petroleum Resources, Timipre Sylva has been on OPEC diplomatic mission Equatorial Guinea, Gabon, Congo Brazeville and South Sudan on consultations over OPEC production cut. The consultation was said to be mandated by the Joint Ministerial Monitoring Committee (JMMC) of OPEC over the production cuts.

While OPEC and its allies are meeting on March 4, 2021, the possibility of increasing crude oil production levels is in focus after crude oil price rebalances to a peak of $67 per barrel on Wednesday.

The output increase, expected to start from April, could witness an additional half a million barrels per day supply into the market, Reuters hinted.This is coming as International Oil Companies (IOCs) are projected to regain their financial strength up to about $140 billion after turbulence from the oil price shocks.

While OPEC had at its last Joint Ministerial Monitoring Committee Meeting in February added 75,000 bpd to the quotas— 65,000 bpd to Russia and 10,000 to Kazakhstan, for another 75,000 bpd was added for March where Russia had 65,000 bpd and Kazakhstan 10,000 bpd as Saudi Arabia announced in January to cut about a million barrel in February and March alone.

Should 500bpd be added plus the one million voluntary cuts from OPEC, the market would contend with additional 1.5 million barrels.

Similarly, a leading energy research firm, Wood Mackenzie in a report released yesterday noted that the gloom could be over for IOCs, which are primed for a V-shaped recovery in free cash flow.

The report noted that the multinationals may generate record figures should oil prices average $55 a barrel.
The firm’s Senior Vice President, Corporate Analysis, Tom Ellacott attributed the gains in the market to OPEC’s cut, which he described as ‘savage.’

“The record annual losses being announced in the Q4 earnings season serve as a stark reminder that 2020 was one of the toughest years in the industry’s history. But IOCs emerged from the crisis far more resilient to lower prices. The scale of their financial reset has primed the sector for a V-shaped recovery in free cash flow.

“At an average price of US$55/bbl, our US$140 billion estimates of 2021 free cash flow before shareholder distributions exceed any previous year since 2006. Free cash flow generation would be double the previous peak if prices jumped to US$70/bbl,” Ellacott said.

According to him, the firm’s IOCs peer group of 40 companies generates over $115 billion of surplus cash flow over the next three years after shareholder distributions with investment and interest at $55/bbl prices.

He said: “At $70/bbl, cumulative surplus cash flow generation over the next three years would rocket to US$400 billion.”

The company however noted that capital allocation priorities would be very different from any previous up-cycle, adding that mending broken balance sheets would be at the top of the list for the IOCs.

The report also noted that average leverage – excluding operating leases – ballooned from 15per cent a decade ago to 35per cent by the end of 2019, noting that the crisis of 2020 pushed it to 44per cent by the third quarter, the highest this century.

“Strategically, the move away from volume growth and towards harvesting the legacy oil and gas business is part of the energy transition reality – one in which pressure to decarbonise is only heading in one direction.”

“Both M&A and organic-led growth in renewables will be on the strategic agenda. But disciplined screening criteria will have to apply to new energy investment too if oil and gas companies are to profitably diversify their product mix into low-carbon energy,” he said.