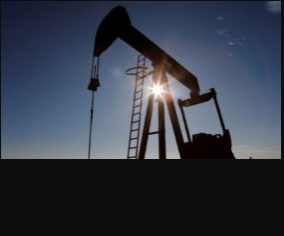 Oil companies operating in Nigeria have rued the retention of only three billion dollars out of an estimated $75 billion investment in the oil and gas sector in the Sub-Saharan Africa countries in the last few years.

The firms stated this in a virtual meeting organised by the Oil Trade Section of the Lagos Chamber of Commerce and Industry (LCCI) with the Executive Secretary of the Nigeria Extractive Industries Transparency Initiative (NEITI), Dr. Ogbonnaya Orji.

Chair of the Companies Forum, Bunmi Toyobo, said the meeting was to review the visions of Orji and areas of support needed to deliver on his mandate.

Toyobo urged NEITI to within the constraint of its mandate support the growth and investment drive in the industry.

Orji expressed regrets over the complaints by oil companies of Nigeria’s investment losses.

He lamented the huge burden and expectations on the extractive sector in Nigeria even in the face of dwindling production capacities and lack of competitiveness of the Nigerian extractive investment corridor as well as the uncertainty surrounding the future of fossil fuels.

While briefing the oil, gas, and companies, Orji stated that the new approach by NEITI is to work with the government, companies, and the civil society to rebuild trust urgently required to promote inflow of foreign direct investments into the oil, gas, and mining sectors through the NEITI/EITI process.
The Executive Secretary assured the companies that under his leadership, NEITI will be a pillar of trust, partnership, and collaboration, adding that NEITI will work with the companies and relevant government agencies to address the growing concerns over multiple and proliferation of levies and taxation.

Orji disclosed that NEITI will evaluate the roles of its strategic partners, devise new approaches to achieve results, create opportunities and extend the frontiers of transparency and accountability by responding adequately and swiftly to the emerging issues in the EITI.

On her part, Faith Nwadishi, a former member of the EITI Board, National Stakeholders Working Group of NEITI, and chair of the civil society steering committee, lauded the appointment of Orji, describing it as a square peg in a square hole.

The National Coordinator of Publish What You Pay (PWYP), Nigeria, Peter Egbule noted that it is time to rebuild the civil society family. He commended the on-going consultations and asked that they should be sustained. Egbule called on Orji to pay special attention to resolving remediation issues highlighted in past NEITI reports.