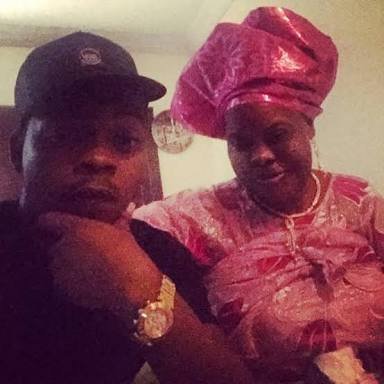 The Science student singer took to Twitter to thank his fans for their prayers during this hard time.

Olamide may be in mourning but he wants you to know that he appreciates your prayers and well wishes.

The “Science student” singer took to Twitter to thank his fans for their prayers during this hard time.

He tweeted simply, “Thanks to everyone for your prayers.”

Barely six hours after Olamide had posted a picture of himself and his son on Instagram wishing him a happy birthday, he posted another picture which hinted the death of his mum.

With the caption, Orisa bi iya o si and candle lights and a broken heart emojis, Olamide announced the passing away of his beloved mum.

Talk about mixed feelings. It will always be a day to remember.

Olamide has been in the news for his recent single, Science Students, which has generated talks of his support for drug abuse.