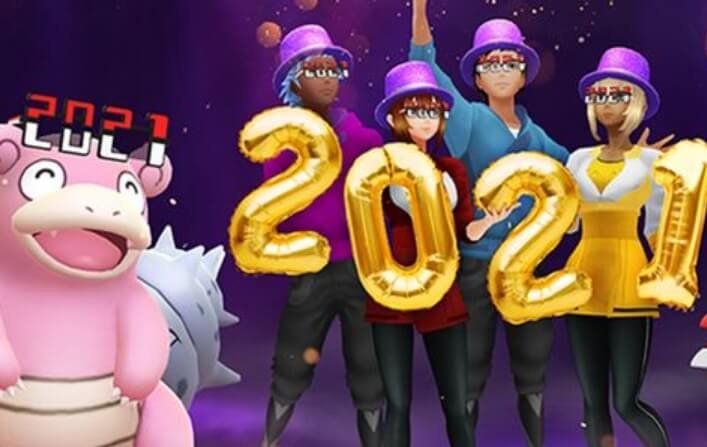 A new year means tons of new events in Pokemon Go. This guide will provide a list of all the events and specials happening in January 2021.

A new year means new events in Pokemon Go. Here is every new event for January 2021 to start off the new year. Pokemon Go has had one of its strongest years yet since its initial release back in 2016. While many trainers around the world were locked away at home due to COVID-19, Pokemon Go made minor changes to its game to make it more accessible for players who were unable to leave their homes. This included an increase in distance to reach PokeStops and Gyms, an increase of time using Incense items, and the creation of the Remote Raid Pass, which allowed trainers to participate in raids from a distance. Now with 2021 right around the corner, Pokemon Go is already starting to kick it up a notch with a ton of events players can participate in. Here is every event for January 2021.

Recently, Pokemon Go received a massive update in two different ways. First, the level cap was increased from level 40 to level 50. Every level between 40 and 50 comes along with additional challenges players need to complete in order to move on to the next level. Second, players are now able to encounter Pokemon from the Kalos region of Pokemon X and Y. While the selection is fairly limited, more will be available in future updates. Here’s what players can expect for January 2021 in Pokemon Go.

Every January 2021 Event In Pokemon Go

Here is every event happening in January 2021 in Pokemon Go.

Pokemon Go is gearing up to have another amazing year. With the vaccine slowly starting to make its way around the world, it is only a matter of time before players can enjoy the game outdoors again. Hopefully, Niantic will continue to keep the game home-friendly like they did all through 2020.